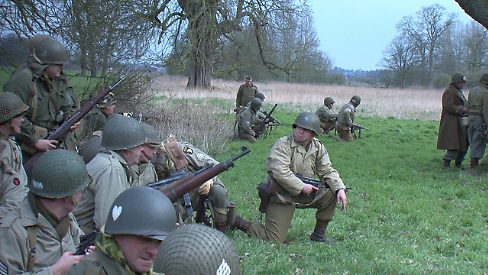 A SECOND World War re-enactment weekend that was due to take place at the Mapledurham Estate in June has been cancelled.

Mapledurham at War has been held in the grounds of the Mapledurham House for the past six years.

Jeanette Howse, one of the organisers, said: “It is with regret that we cannot hold Mapledurham at War this year.

“Following a change of management at the estate, it wishes to restrict the grounds to certain types of event.

“The Mapledurham at War team are looking at alternative venues which will have the same quality and historical value but due to the late decision from the estate we have no time to organise an event for this year.”

Next year’s event has been pencilled in for June 15 and 16 at a new venue still to be identified.

The event was first staged by the estate in 2013 and used to take place over the Easter weekend but was moved to the summer to attract more visitors.