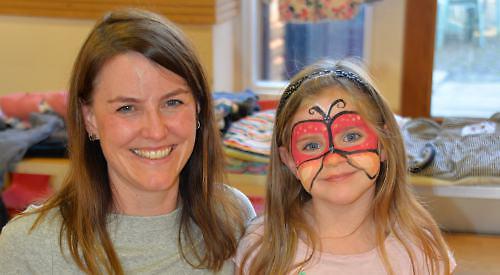 THE first community fair was held at Christ Church in Henley on Saturday.

Charities and community groups had stalls and there were cakes for sale and children’s activities.

Henley Mayor Ken Arlett was among the visitors.

The fair was organised by Brian Kendrick, from Emmer Green, who has been attending the church for 15 years. He said: “Our congregation is getting older and we have not always had the number of people we would like to man the stalls. We thought we should invite all the charities who use our services regularly throughout the year to showcase what they have to offer.

“We know what they are about but we wanted to bring them in so that visitors can get to know them.”

The event started with a series of solo and group performances by members of the Henley music centre and children from the Henley Village Montessori School were selling produce they had grown at Watermans Allotments.

The charities at the fair included Headway Thames Valley, Mencap and Bluebells.

Zoe Lane, fundraising manager for Headway Thames Valley, said: “The church is very important to us. We use it throughout the year and we have our Christmas concert here on December 11. Coming to the community fair is very important because it is key for us to raise awareness. We benefit from being based in Henley but we would always like to expand our reach.”

Members of the Henley and Peppard branch of the Royal British Legion were handing out remembrance wristbands and copies of Bringing Them Home by Mike Willoughby.