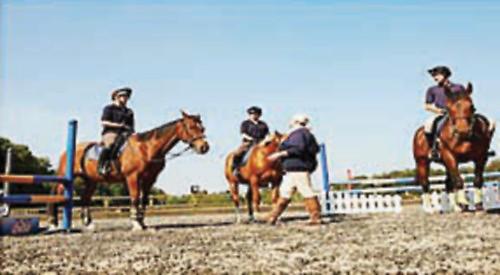 The horseback archery track at the centre in Lovegrove’s Lane must first be approved by the sport’s most famous figure, even though it has been in use for several years.

Master Kassai Lajos, founding president of the World Federation of Equestrian Archery and a celebrity in his native Hungary, will visit tomorrow (Saturday).

With his approval, the centre will have the first official Kassai track in the country and resident teacher Dimitrios Christou will be certified as a WFEA international judge, one of only 30 worldwide.

On Sunday Mr Christou will run the competition for riders from Britain, Switzerland, Hungary, the Czech Republic, Germany and Greece.

Horseback archery is a spectacular combination of equestrian discipline and martial art, requiring great skill on the part of the rider.

The basis of modern equestrian archery is the original Kassai system developed by Master Kassai over three decades and is actively taught at university level in Hungary.

The WFEA was established in 2020 to promote the acceptance of equestrian archery as an Olympic sport.

Spectators are welcome but no dogs are allowed, not even in cars.