Children dress up for Alice in Wonderland themed party 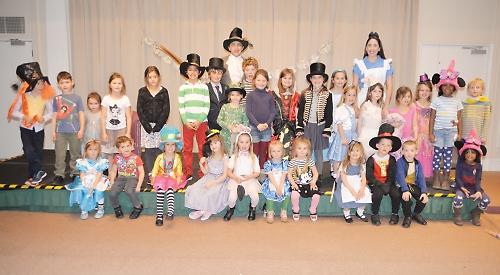 A CHILDREN’S party with an Alice in Wonderland theme was held at Phyllis Court Club in Henley.

Dozens of youngsters dressed up as characters including Alice, the Mad Hatter and the Queen of Hearts for the event at the private members’ club.

They played games including Simon Says, renamed “Alice Says”, and a twist on musical chairs where they had to sit on the floor when the music stopped.

The party was led by performers from Little Chico Productions, while pianist Greg Phillips played throughout the afternoon. Toad Hall garden centre provided small trees to create a “forest” and there were white chocolate rabbits for the children supplied by Total Hospitality.