Lantern festival called off due to fear of fire 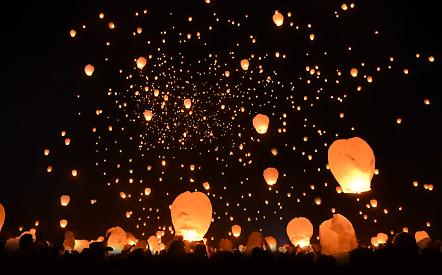 AN estate has cancelled an event that would have seen the release of thousands of sky lanterns because of the fire risk.

The Culden Faw estate had agreed to host The Lights Fest on August 4 but has now decided to pull the plug following weeks without rain.

The country has experienced a heatwave and there are concerns that this, along with a breeze, could cause a fire to spread quickly.

Estate manager Alex Dick said: “We have cancelled because of the obvious fire risk and obviously there’s a lot of people worried about that.

“We don’t need to take a risk when everything’s tinder dry. It only takes a spark to set a fire off and it would irresponsible for us to even take the risk.”

Mr Dick said it had no connection with the business and simply let the land for the event and it would be up to The Lights Fest to offer refunds.

Last week, the Henley Standard reported how the town council is encouraging people not to drop litter in green spaces as it could magnify the sun’s rays and spark a blaze.