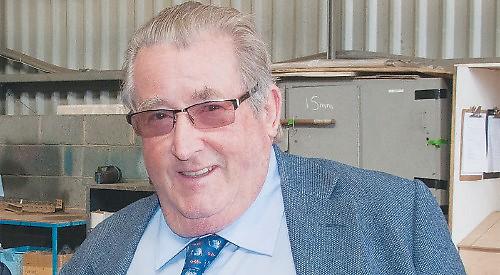 A STEAM train has been named after Sir William McAlpine, who died in March. The Scottish Railway Preservation Society has named the Stanier 8F 45710  after its former president with permission of his widow, Lady McAlpine of Fawley Hill.

A £350,000 appeal has  been launched to complete the restoration of the locomotive to a standard that will permit potential operation on the mainline.

More than half the money has already been raised. To donate, visit https://mydonate.bt.com/events/stanier8f/190986