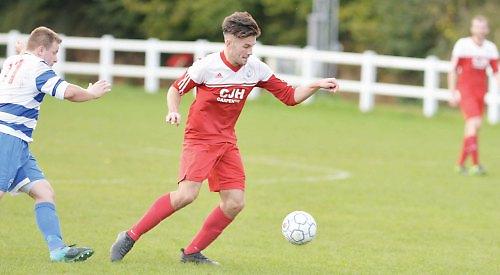 HENLEY TOWN were knocked out of the Oxfordshire Senior Cup at the fourth round stage after a comprehensive 8-1 defeat at Thame United on Tuesday.

The match was moved to Thame after the Henley pitch was deemed unplayable and the hosts ruthlessly put the Red Kites to the sword, striker Lynton Goss netting a hat-trick.

Thame raced out of the blocks and were 3-0 up within 20 minutes, thanks to a combination of quick attacking play and lacklustre defending from the visitors.

They made it four soon after before Davies reduced the deficit with a fine header after Seve Mayberry beat four men before crossing from the byline.

Henley manager Rob Creech made three changes early in the second period and the visitors held their own for long periods, before three goals boosted the scoreline for the hosts.

Henley visit bottom side Burnham in the league tomorrow (Saturday) before Thame return to the Red Kites on Saturday, January 21.