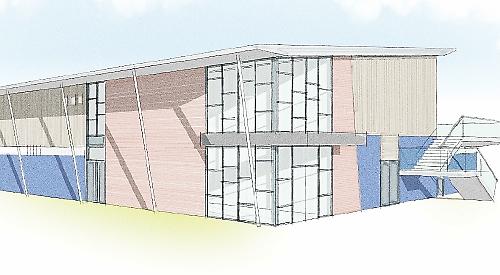 A NEW clubhouse for Henley Hockey Club and the town’s children’s football teams could cost in the region of £3million.

The current facilities off Reading Road would be demolished and redeveloped as 35 flats under plans by Henley Town Council to sell the land to Theale developer T A Fisher.

In return, the company would provide the hockey club and AFC Henley with a new two-storey clubhouse overlooking the playing pitches at Jubilee Park.

The building would have changing rooms, toilets, showers, storage areas, a first floor social area with kitchens and a bar plus a viewing deck as well as about 85 parking spaces.

The cost of construction, including groundworks, was estimated by the council’s property consultant George Allen.

Town clerk Janet Wheeler said the council wanted to ensure it got value for money and a quality build. “We want to make sure that anything built for us has longevity,” she said.

Chris Baker, president of the hockey club, said he was shocked at the cost.

“It’s huge, way beyond anything I was told,” he said. “Having said that, I wouldn’t know what the cost of building a house is as it’s not actually my area of expertise but I’m a little
surprised.

“We were told it would be £1million and we heard subsequently that it might have gone up to £1.5million but were never told if that was true.

“This is not a criticism — they have never actually divulged what the costs were in any way, shape or form. I think they may actually think it’s nothing to do with us.”

Mr Baker said the club wanted the move so that the clubhouse was on the same side of the road as the pitches, meaning players, particularly young children, wouldn’t have to cross the Tesco access road to use the facilities. It also wants to have a balcony at the new building where people can watch games.

“This is far better than what we have currently got,” said Mr Baker.

“We would quite like to know when it’s likely to be built because we keep putting off modifications we would like to do in our current clubhouse because we don’t want to waste money.”

Trevor Howell, chairman of AFC Henley, said the estimate was a “complete surprise”.

“It’s about three times what we were given as a guide originally,” he said. “I thought the council was only getting about £3.5million for the site.

“I can’t see it being viable at the moment. I can’t imagine anyone wanting to shell out that kind of money because I don’t think there’s enough in the kitty for that kind of expenditure.

“The project has got to be looked at pretty carefully before anyone makes any decisions.

“We’re anxious for this project to go ahead and we will make every effort to be as helpful as we can towards a final solution.”

The site of the existing clubhouse is one of 11 earmarked for housing in the joint Henley and Harpsden neighbourhood plan, which was approved in a referendum in March last year.

T A Fisher has agreed that 40 per cent of the new flats would be “affordable” and to include two shops in the development.