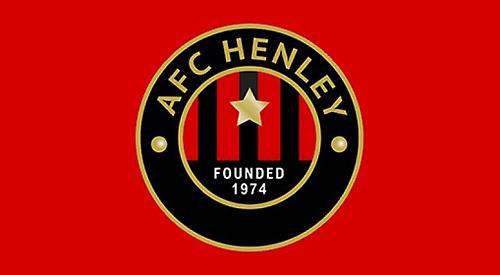 A NEW all-weather football pitch should be built in Henley to meet growing demand, says a club chairman.

Trevor Howell, who is in charge of AFC Henley, wants a full-size 3G pitch at Jubilee Park, off Reading Road, where a new multi-million pound clubhouse is due to be built for the club and Henley Hockey Club.

Developer T A Fisher has agreed to replace the clubs’ current facilities in return for being allowed to build 35 flats on nearby land in line with the Henley and Harpsden joint neighbourhood plan. All the land is owned by Henlet Town Council.

Property consultant George Allen has estimated the new clubhouse and groundworks would cost up to £3 million.

Speaking at a council meeting last week, Mr Howell thanked the council for its continuing financial support for the club and said it was excited about the new clubhouse and changing rooms.

He continued: “I would support a proposal for a full-size artificial grass sports pitch to go outside the new clubhouse, assuming it is built. We need a 3G pitch because the needs of 11-a-side youth and men’s football have increased and will continue to increase.

“The existing pitch capacity is suffering from being over-used and there is no space there for new pitches.”

Mr Howell said a report commissioned by South Oxfordshire District Council into its leisure facilities found a shortfall of 3G pitches in Henley and a need for another extra hockey pitch and more floodlit tennis courts over the next 15 years.

Mr Howell said: “It says Henley is one of the high priority areas for a new 3G pitch. I would want to ask for support from the Football Association, which has been rolling them out.”

Speaking after the meeting, he said a new pitch would cost about £600,000 and that the Football Foundation had given up to £500,000 to similar projects. AFC Henley has more than 400 members and fielded more than 20 youth sides last year.

Mr Howell said: “The club has increased in size four-fold since 2002. We have a new arrangement with Henley Town Football Club, where we will potentially be developing more teams because we are going to feed players into them.

“We could create a really modern facility for sports. There is an opportunity for the town council, which will be the owner, to get a third party to run it and it would generate money.

“It would be self-financing and in so many years it would pay for a new surface. We think we can get 90 per cent of the cost grant funded. The rest might have to come from the town council or others.”

Mr Howell said the pitch at Henley YMCA had only been used for half of its allocated fixtures due to its poor condition and Henley Town’s Triangle Ground pitch was overused.

After the meeting, Councillor Ken Arlett said it seemed an ideal time for the work to be done. The president of the hockey club said he was concerned that the council was considering scrapping the Jubilee Park users group, which is made up of councillors, town clerk Janet Wheeler, representatives of the clubs and Better/GLL, which runs the facility for the council.

Chris Baker said: “On behalf of the hockey club, I object because it is the only way for us to have some representation. If you remove the group then we don’t have a voice. You are opening up the opportunity for what I believe will be a very inefficient organisation with the company that currently runs Jubilee Park.

“When you have situations such as recently, when the hockey pitch had been vandalised to the point it was significantly damaged, the hockey club and football club need a route to report back to you. The contractor is less and less interested in the work.

“It is in the council’s interest to know what is going on in this area. It’s the town’s second biggest asset but for reasons I don’t understand there is not a lot of time or attention put into it.”