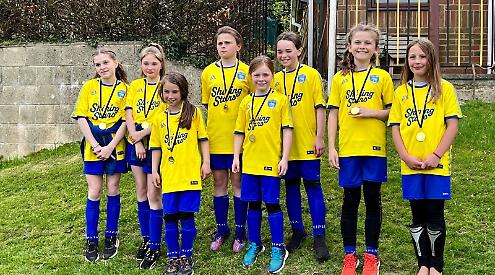 Six local primaries took part in the event on April 28, Goring, Kidmore End, Sacred Heart in Henley, Stoke Row, Whitchurch and Crowmarsh Gifford. All the teams had eight players each.

The winners were Stoke Row with Goring finishing runners-up.

Players from both teams received medals. Steve Tomlinson, director of sport at the independent school, said: “It was a great competition which saw some excellent football skills from all sides. Well done and thank you to everyone who joined us.

“Football at the Oratory has traditionally been strong and we are delighted to have put in place a girls’ programme to run alongside the boys’, with matches being played last term.