Cricketers object to new dog park next to pitch 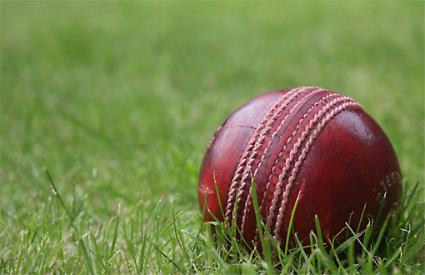 CRICKETERS have objected to plans to turn a field in Gallowstree Common into a secure recreational and training area for dogs.

Tanya and Richard Burrough want to secure the 3.67-hectare site, off Wyfold Road, by installing a 1.8m high stock-proof fence along the perimeter.

But neighbouring Kidmore End Cricket Club says this would prevent their players from retrieving balls during matches and make the area less attractive.

The Burroughs, who live in Chalkhouse Green Road, Kidmore End, have applied to South Oxfordshire District Council, the planning authority, to approve the field’s change of use from agriculture.

They do not need planning permission for the fence because it would be below 2m and they have acquired the permission of the landowner.

To use the field, dog walkers would have to book online and would be able to reserve hours every day from 7am to 9pm during the summer and 8am to 4pm in winter.

They would access the field from Wyfold Road and there would be a parking area. The Burroughs say that the maximum number of vehicles visiting the site each day would vary between about 34 in summer and 22 in winter.

There is a right of way across the field, which is exercised only two or three times a year, so no bookings could be made during these times.

Scrubland would also be allowed to develop in a patch abutting the cricket field on the recommendation of the district council’s countryside officer in order to mitigate any impact on biodiversity.

The applicants say dog owners and carers would be able to spend “anxiety-free” time with their pets in a secure, open space.

They say dog walking is compatible within a countryside location and would not result in the loss of amenity or spoil users’ enjoyment of the area, which is within the Chilterns Area of Outstanding Natural Beauty.

She said: “I have professionally trained dogs for 35 years, initially with guide dogs for the blind but later within the public sector.

“This dog park would benefit so many dogs, helping those under-confident owners or puppies and giving a relaxed training environment for younger dogs to progress their skills.

“[It would be] a controlled environment for the owner and dog to relax together and address what is needed to improve the pet and owner bond.

“Difficult dogs, whether nervous, highly reactive or just dominant and aggressive, can work on their behavioural and training needs without stress and having to consider others in a park or the public.

“It’s a safe environment to let them run free without any risk to themselves or others.”

Sarah Moffat, of Churchill Crescent, Sonning Common, said: “A high proportion of dogs will chase wildlife and owners lose control of them in these situations. This often results in dogs being kept on the lead. I believe a secure dog park where there is a safe opportunity for dogs to be able to run free will improve their welfare and give their owners a chance to walk their dogs without fear of negative consequences.

“This must be a benefit for our community with an increased opportunity for leisure time with dogs.”

Veterinary nurse Caroline Gibson, from Woodcote, said: “This is a fantastic idea. For those dogs that are nervous of other dogs in training or like to run off this will be an important safe area, allowing owners to relax.

“For new owners it gives them the freedom to walk their dog(s) with no worries. For others, knowing that there will not be opportunity for their dog to scavenge is also a relief.”

But cricket club secretary David New, of Holyrood Close, Caversham, said: “We are strongly opposed to this proposed development. There is simply no need for such a high fence in the AONB.

“[It would] be completely out of character and severely affect the environment and general enjoyment of the cricket pavilion and surrounding grounds.

“I would also make the point that if the proposed car park is full, users are more than likely to use the pavilion car park. If this becomes extremely busy and fills up quickly, it will inevitably lead to increased noise and complaints from local residents when junior parents, visiting teams and officials are forced to park in the local unmade roads.”

Tom Sheldon, who has been a member of the cricket club for more than 20 years, said: “I have very much enjoyed the far-reaching views from the pavilion. Will these now be impacted by the installation of a 6ft stock fence in this AONB?”

Former club chairman John Sheldon, of Clifton Park Road, Caversham, said: “I am very concerned the application does not recognise the long standing arrangement for access from the playing field to the adjacent field to retrieve the occasional ball hit for six when senior matches are held on weekends.

“The proposed 1.8m deer fence would change the feel and character of our well-used and beautiful recreation ground.”

The playing fields committee, which is responsible for the cricket pitch and works with the club and parish council, said: “We continue to have reservations about 1.8m fencing and the scrubland and wish to maintain the long-standing neighbourly access to the field to retrieve balls during games.

“The cricket club has a high reputation within the Thames Valley Cricket League, scoring maximum points for its outfield, cricket square, facilities and hospitality.

“In spite of all the difficulties of running voluntary organisations, it continues to run successfully and is expanding its junior and female membership. This would be under threat should the long-standing access to retrieve balls from the field be no longer available.”

The committee said the fence would also prevent the natural migration of wild mammals between Wyfold and Charterfield woods rather than encouraging it.

The Campaign to Protect Rural England said that the existing hedging should be maintained or increased to the height of the fence and new screening should be a condition of planning permission if it was granted.