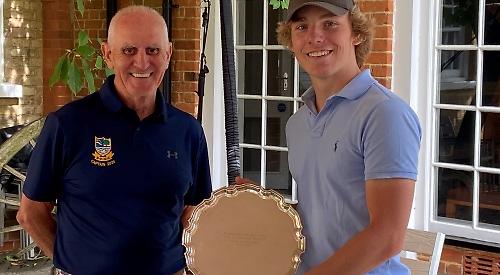 The championship is a scratch competition with a first and second lowest gross score and a director’s plate is awarded to the lowest handicap medal net score.