Teased at school for being 'ugly', now Megan could be crowned Miss England 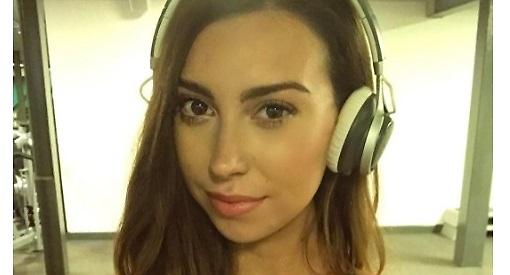 A WOMAN who was teased at school for being “ugly” has been shortlisted for the title of Miss England.

Megan Allen is one of 53 hopefuls who have made it to the semi-final of the competition, which will be held in Nottingham on June 4.

The 23-year-old, of Heron Shaw, Goring, had to run an online campaign to attract as many votes as possible from the public in order to get through.

To win one of the 15 places in the final, which takes place in Birmingham on July 14, she must raise as much money as possible for Beauty With A Purpose, a charity run by the Miss World organisation, which supports projects around the world, including poverty and famine relief and emergency aid for disaster-hit countries.

Miss Allen said: “I’d always been interested in applying for Miss England as I follow quite a few of the previous winners on social media but I’d never been brave enough to go through with it.

“Finally, I realised the worst that could happen was they’d reject my application so there was nothing to lose by giving it a go. I was shocked when they emailed back to say I’d been accepted.

“I told everyone I knew about the public vote and got such an amazing response to that. It was so much better than I’d imagined — I don’t know how many votes I received but I was incredibly happy to have made it to the semi-final.

“I never thought that would happen but I’ve had so much encouragement from friends, my family and people in the village. They voted and got their friends to do the same, which was really heartening.”

Miss Allen lives with her parents Lee and Cherie and brother Tristan, 21. She grew up in Burghfield Common and moved to Goring with her family in 2010 so that she could attend The Henley College.

She then sat a psychology degree at the University of Reading, during which time she also volunteered with Macmillan Cancer Support.

She has been a health and fitness fanatic since her student days and trains five days a week. She runs a YouTube channel offering fitness advice and regularly posts updates about her own activities online.

She says winning the competition would help her become a role model for other young women, whom she believes face more pressure than ever to look “perfect”.

Miss Allen said: “Social media can be a double-edged sword because there are some very inspiring and supportive people online but there are others who lie about having had surgery or how they got their bodies, which sets some very unrealistic expectations.

“You have to be smart and follow the right kind of people because if you spend all your time looking through Instagram you can end up feeling bad for not being attractive enough.

“I was the typical geek at school as I was very skinny and wore glasses and a retainer. I didn’t care about my appearance and loved learning, which isn’t particularly cool towards the end of primary school and early on in secondary school.

“I would get called ‘ugly’ a lot but I was good at ignoring it and it didn’t bother me because I didn’t think I was an ‘ugly’ enough person to be throwing insults like that at other people.

“I would be far more hurt at the thought of being ‘ugly’ in the sense of having an unpleasant personality than in terms of my appearance.

“It’s important to be the best possible version of yourself and not to change for anyone else.

“I want to bring out the best in girls because there’s so much pressure to look a certain way, when it comes from social media, magazines or the television.

“You see all these celebrities having surgery and you think ‘maybe that’s the way I should look’.

“I’m pretty secure in myself but even I have moments of doubt, though I realise I should appreciate myself as I am.”

At the semi-final she will take part in two catwalk rounds, one in an evening dress and the other based on the theme of “eco fashion”.

She will also be interviewed about various social issues.

Miss Allen said: “I’ve got a lot to do over the next few weeks and I’m only just starting to think about how I’ll tackle it.

“My fund-raising costume will probably be something like Wonder Woman — who wouldn’t want to spend a day dressed as her?

“It’s hard to prepare for the interview because it’s mostly about your personality and how you represent yourself. I’m excited about it but quite nervous too as I’ve never done anything like it and never thought I’d be capable of doing it.”

Miss Allen is a clinical support worker at Prospect Park psychiatric hospital in Reading. She said: “It’s very rewarding to see patients making progress, though you often see people who are extremely ill and in some cases aren’t even aware of it, which is very sad and quite difficult emotionally.

“There are some days when I come home and can’t sleep because a patient is on my mind and I’m thinking about what I can do to help them.

“I’m still finding my feet but it’s lovely when you start building trust and people come to you for advice with a problem they’re having.

“There’s a lot more to life than your looks — it’s about being good and kind. I don’t think of myself as a ‘pretty’ person but always try to be a helpful and caring person. I hope seeing my confidence will inspire other young women.”

The winner of the competition qualifies for the Miss World contest.

● In 2015 property manager Hannah Baker, of Rotherfield Road, Henley, made it to the Miss England semi-finals and raised £700 for Beauty With A Purpose.