Weekend of tributes to George 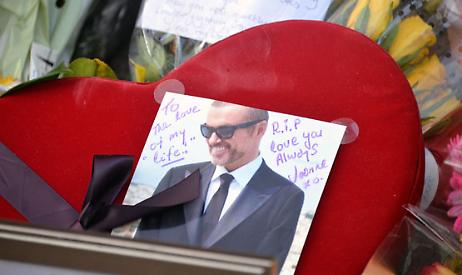 A SERIES of events in memory of George Michael will take place in Goring this weekend.

Thousands of fans from around the world are expected to flock to the village to mark what would have been the singer’s 54th birthday on .

Michael was found dead at his home at Mill Cottage, off High Street, on Christmas Day last year. He had lived there since the Nineties and was often seen eating and drinking in the village’s pubs.

The Catherine Wheel, in Station Road, is to host two performances by a George Michael tribute act at and on the Sunday as part of its annual two-day summer festival.

The event, which used to be called Goring Pride, has been renamed Spinning The Wheel after Michael's 1996 hit single of the same name. There will be other local bands performing on both days.

The pub will also be screening George Michael's music videos and donating a share of the weekend's proceeds to the Terrence Higgins Trust, an HIV charity which the former Wham! star supported. It will open at and music will start at 12.30pm on both days. Food will also be served.

A separate tribute performance in memory of Michael, which takes place at the village hall at and on , has already sold out.

Shannon Lee Robinson, who runs the biennial Goring and Streatley Food Festival, will be running a hog roast on Rectory Garden, off High Street, and people will be able to bring picnics. Villager Ron Bridle and a team of volunteers will run an information stand on the site.

Several businesses based at The Arcade off High Street will also be organising commemorative events and promotions.

Meanwhile fans Rosalyn John, of Aylesbury, and Mara van Steen, of Holland, who run a Facebook memorial page with 13,000 followers, are encouraging fellow admirers to take part in a candlelit vigil outside Michael's house, off High Street, from 8.30pm on both evenings.

Ms John said: “I think it’s important to celebrate his music as well as his generosity, a great deal of which went unreported while he was still alive. For many, this will be the only chance to say goodbye to him.”

The parish and South Oxfordshire District Council, which between them are responsible for the village's bins, have arranged extra collections. Oxfordshire County Council, the highways authority, and the police have been warned to expect an influx of visitors.