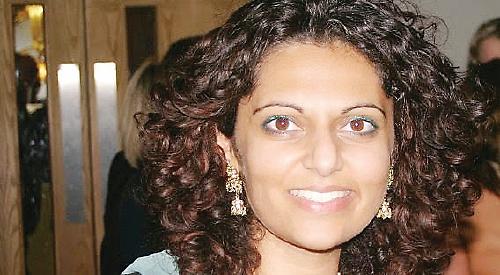 A WOMAN from Goring was invited to announce her favourite radio programme on air after winning a competition.

She recorded her announcement, which was broadcast before Tuesday’s programme, at BBC Radio Oxford’s studios.

Ms Nazir, who is a project manager for an IT firm in the city, listened to her big moment with her work colleagues.

The former teacher entered the competition by sending in a recording of herself simply saying: “This is BBC Radio 4. It’s five o’clock and time for PM with Eddie Mair.”

Ms Nazir said: “I’ve been an avid Radio 4 listener for more than a decade, which I see as doing my bit to bring the average age down, and PM is a regular fixture on my radio when I’m driving home.

“My partner said I should enter and I kept thinking it over while the deadline got closer and closer. It’s terrible considering that I’m a project manager, but I actually entered about 15 minutes before it closed — I just recorded it on my phone and frantically emailed it off as quickly as I could.”

Ms Nazir was chosen as one of 10 finalists who were invited to record their efforts before the final five were selected by Chris Aldridge and Alice Arnold, who are both former Radio 4 announcers.

Mr Aldridge said she had “a voice of friendly authority”. Ms Arnold said: “She has a nice, strong tone to her voice — it’s slightly deeper, which is preferable as the microphone likes it more, and it’s clear.”

Ms Nazir said: “A relative of mine had also entered using really high-end equipment, so it was quite a shock when I got through and he didn’t! He’d spent an inordinate amount of time and effort on it.

“It was nice hearing the broadcast. I couldn’t get home to listen in private and I work in an open office so everyone was listening and giving me the thumbs-up.

“That was actually the easy part — I was more frightened about the feedback from the judges but in the end I was pleased with their critique.”