Colleagues to oppose each other in election 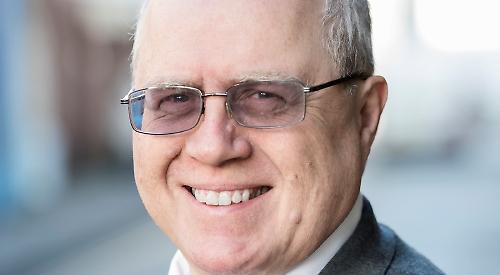 TWO Goring parish councillors will be vying to represent the village at county level in the elections on May 6.

Bryan Urbick, who is also chairman of South Stoke Parish Council, has been announced as the Liberal Democrat candidate for Oxfordshire County Council’s Goring division.

He will be up against Conservative incumbent Kevin Bulmer, who chairs Goring Parish Council, with others possibly to follow before nominations close at 4pm on April 8.

Whoever is elected will serve the parishes of Goring and Goring Heath, Whitchurch, Woodcote, Checkendon, South Stoke, Kidmore End, Mapledurham and Stoke Row.

Councillor Urbick, 60, who grew up in America and moved to Britain in the Eighties, lives just outside Goring with his civil partner Abel Westerhof, with whom he runs a market research company.

He has been involved in parish politics since 2014.

Cllr Urbick said: “Many of the issues I’m asked to get involved in aren’t really parish matters — they’re more within the county’s remit so it gives me a better chance to make a difference.

“I’ve struggled with some of the Conservatives’ policies and while I have nothing against Labour, they aren’t particularly active in this area.

“I don’t think the Conservatives have done anything special and, if anything, they’ve neglected rural areas when you look at the issues we have with potholes and poor drainage.

“I’ve had fantastic support since I announced I was standing. Kevin won the last election with 59 per cent of the vote, which is a big hill to climb, but I’m getting a lot of help from colleagues.”

He said he would continue to enjoy a good working relationship with Cllr Bulmer, adding: “We have different beliefs on certain fundamental issues but there’s also a lot we agree on and I am campaigning against Conservative policies, not attacking him personally.”

Cllr Bulmer, 63, who has served as county councillor since 2013 and became parish council chairman in 2015, lives in Springhill Road with his wife Mary, who is also a Goring parish councillor.

He said he had introduced a number of highways improvements, including £60,000 of new safety measures in Goring high street, a zebra crossing in Goring Road, Woodcote, and a 30mph speed limit through Crays Pond.

Cllr Bulmer said: “I’ve enjoyed being the ‘go to’ person to help others with their problems and want to continue doing that.

“It’s very satisfying and although you can’t win everything, you can guide people through the maze of who’s responsible for what, whether it’s a district, county or Government matter, which can be confusing.

“The pandemic has also highlighted the need to protect qood quality social services and I’ll be a strong voice for rural communities on this.

“Ultimately, it’s all about helping with basic stuff on a local level that can improve people’s daily lives. I hope people can see I have a strong track record in this area and will trust that I’ll keep up the good work.”