Council says it can’t give £4,000 grant to festival 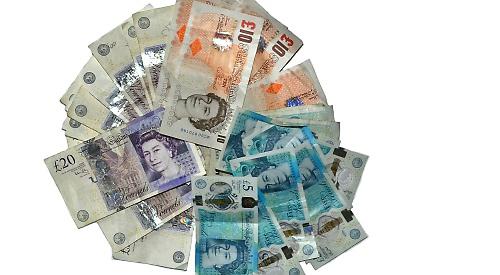 THE Goring GAP festival next year will not receive a grant from the parish council.

The council has turned down a request for £4,000, saying that it has suspended its grants policy so can’t award any.

Instead, it will consider sponsoring one of the events at the festival in June.

The council suspended its grants policy in July last year to focus on projects within its remit and because South Oxfordshire District had said it would disqualify itself from receiving grants by giving them out.

The council applies for grants from Oxfordshire County Council and the district council to spend on projects such as road safety improvements.

“We would be unable as an organisation to apply for grants if we gave out grants because grant-giving authorities would say, ‘ If you’ve got money for grants, you can’t have a grant off of us’.

“That would affect our ability to obtain grants for all sorts of works we’ve got going on.”

Brian Kingsley, treasurer of the festival, accused the council of choosing to prioritise its own projects over those led by charities.

The council has allocated £15,000 towards next year’s Summer of Play, an event it ran for the first time last summer, providing three weeks of activities in the village for children and their families.

Mr Kingsley said the council was not using money for residents.

Councillor Bryan Urbick said he would be happy for the council to sponsor the festival to the tune of £4,000.

He said: “Our grants policy is suspended so we can’t give them a grant. We could theoretically consider something like sponsoring a specific event. It’s not a grant then, we are actually the sponsor. I would support that quite easily because it’s about something specific.”

He said the council could work with the festival’s artistic director Ginny Avery “to provide something that has the same benefit to the festival but changes our relationship”.

Cllr Bulmer said: “Sponsoring something would be more beneficial than just giving a blanket grant that causes all sorts of problems.” He added that the council was only likely to reinstate its grants policy if the district council’s policy changed.

If the policy was reinstated it would enable the council to spend up to £23,000 a year in areas it does not have specific statutory power for but which support the wellbeing of the community.

The spending on the Summer of Play scheme falls under this power.

The not-for-profit arts and entertainment festival started in 2014 and takes place every other year. It received a £4,000 grant from the parish council in 2019.

Next year’s festival will be from June 2 to 12 and is likely to include a celebration of the Queen’s platinum jubilee.