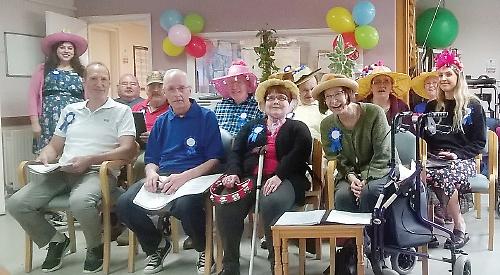 More than 100 children brought their favourite headware to the independent school in St Andrew’s Road in support of Headway Thames Valley, which is based at Brunner Hall in Greys Road.

This was to mark Brain Injury Week, which highlights the wider effects of brain injury on the sufferer’s family, friends and colleagues.

The Friends of St Mary’s School have raised more than £1,500 for the charity over the last six months.

Some of the charity’s clients wore hats during the charity’s spring concert where the Headway Choir were among the performers and a collection raised £136.15.

Fund-raising manager Zoe Lane said “All funds raised will be supporting our work to improve the lives of local people affected by brain injury, helping them to rebuild their lives and regain their independence.”

Above, pupils Noah Baiarda-Harris, Charlotte Créau, Aidan Marchant, Minnie Messenger, Matilda Darrah and Sophie Broom in their hats and, below, clients at the charity’s spring concert