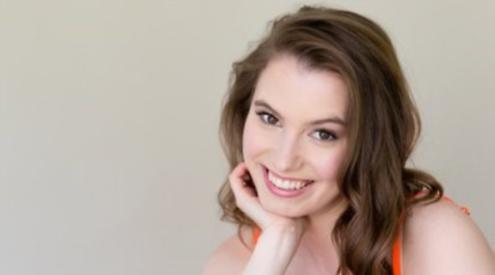 THE healing power of music will be celebrated at a concert in Henley on Saturday.

The concert was originally planned for May 2020 and then again a year ago but on both occasions was postponed due to the coronavirus pandemic.

This is the third time that the choir has helped the charity, which supports people with a brain injury, their families and carers and is based at Brunner Hall in Greys Road, Henley.

The first time was a concert at All Saints’ Church in Reading in 2019 when it performed with the Abertillery Orpheus Male Voice Choir from Wales.

Zoe Lane, Headway’s fundraising manager, says: “They sang together for a couple of songs and then did their own songs. They were amazing — they made the hairs on the back of your neck stand up. It was spine-tingling.”

Later that year, the choir came to perform at Brunner Hall.

Zoe says: “They joined us for an afternoon when we had music therapy for some of our clients. They sang and joined in with some of what our music therapy choir was doing and, again, it was just lovely. It was also a chance for our clients to see the choir in an easy setting for them.

“Music is something a lot of our clients enjoy so having the choir do this concert is really nice.

“While we want to raise funds, it’s just so nice to have an event where people can come together to support Headway, raise awareness and have the benefits of singing and hearing people sing.

“Music therapy is quite an important part of what we do. We’ve set up a new service this year in response to feedback from clients and some of our referrers.

“The neurorehabilitation service combines physiotherapy, speech and language therapy and various different types of support that’s very much tailored to the individual.

“The last two years have given us a chance to adapt and look at how we run our services, so while there have been challenges, there have been quite a few opportunities to move forward, which is great.” Reading Male Voice Choir was formed in 1971 by Gwyn Arch, who also helped develop South Chiltern Choral Society, and currently has 66 members.

The choir puts on charity concerts every year and helped raise £14,000 in the year before the pandemic.

It raised £2,570 for the British Red Cross Ukraine Crisis Appeal with a concert at Christ Church in Woodley in March.

Eleanor Stevens, from, Cambridge, has a master’s degree in vocal performance from the Royal Welsh College of Music and Drama and previously appeared with the choir in 2019.

She has sung the soprano solo for Mozart’s Great Mass in C minor and the role of Mabel in Gilbert and Sullivan’s Pirates of Penzance and has performed in front of the Prince of Wales.

Saturday’s concert starts at 7.30pm. Tickets cost £12 and are available from ticketsource.co.uk/
readingmalevoicechoir or visit rmvc.net