Session men happy to be back on stage 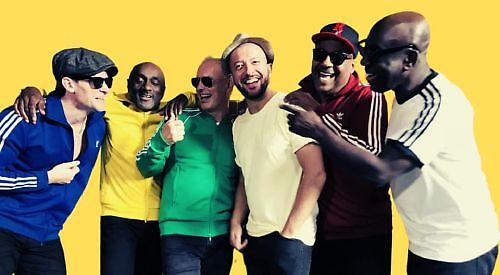 HENLEY band Brother Strut will be playing at the Henley Festival this year.

They are a funk and soul band founded by Steve, who worked full-time at Henley Business School until the early Noughties when he ventured into music.

He began working with singer Elkie Brooks and played the saxophone on her 2005 album Live With Friends and then with her onstage for a week at Ronnie Scott’s jazz club in London.

Steve recalls: “I was like, ‘Oh, this is amazing’. My mum came down as it was a big moment.”

Elkie then invited him on the road and he toured with her for the next 14 years. In 2016, Steve was to be invited back to Ronnie Scott’s with Brother Strut and sold out both nights.

It was like coming full circle, he says, adding: “That venue is amazing.”

With one base in Friday Street, Henley, and another in Thailand, where he has a business partner, Steve has spent several years travelling between the two.

In Thailand, he helped set up record labels Karma X Music and the Deep Sleep Scientists.

He was on a business trip there in early 2020 when the coronavirus pandemic began, so he chose to sit it out there.

The decision to stay in Thailand proved fortuitous in another way.

Steve says: “The Deep Sleep Scientists is all kinds of relaxing music, yoga music, sleep music and children’s lullabies and that took off massively in lockdown because people were stressed.

“People were looking to music to do nothing else than calm people down, so out of that at least came some good.”

Like other bands, Brother Strut had to stop performing live and all work ground to a halt.

Steve says: “We did cancel a tour and you thought, ‘Oh well, it won’t be long, it’ll only be a month’ and then that became two months, then more and more shows got cancelled.”

Rob Harris had also been playing bass and guitar with Jamiroquai and Karl Vanden Bossche playing percussion with Gorillaz.

The band kept in touch via WhatsApp and Steve used the power of digital marketing to keep their name out there.

He says: “We started posting a few videos of us playing online and that grew and grew. That happiness vibe, kind of us just having a good time, seemed to translate.”

Now the band are preparing to perform live again.

Steve says: “The UK has opened up, so we’re really looking forward to going out and playing and having some fun. I think by the time summer gets here, the appetite will be, you know, ‘we’ve had a couple of years of this now, let’s all go out and have a bit of a party’, so I’m feeling optimistic and upbeat.”

Brother Strut’s UK tour starts at the Bullingdon in Oxford on Friday, June 3 at and they will also be playing at the Purple Turtle in Reading on Sunday, June 19 at 4pm.

They will appear at the jazz club at the Henley Festival on Wednesday, July 6 at 10.30pm. For more information, visit henley-festival.
co.uk/artist/brother-strut