Rats thriving in riverside hedge next to waste bins 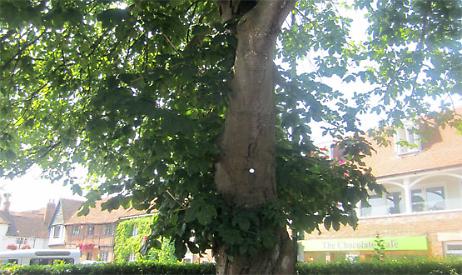 A HEDGE could be ripped up because it is making Henley’s rat problem worse.

The rodents have been nesting in the privet hedge at Singers Park in Thames Side for more than a year.

The town council, which owns the land, has been trying to solve the problem using poison but this has not worked.

Rats like the area as the hedge provides shelter and there is a regular source of food from the litter bins as well as water from the river.

Henley in Bloom says the hedge should be removed and replaced with another type of barrier between the road and the seating area while maintaining the area’s attractiveness with planting.

A pest controller which has been helping the council to try to get rid of the rats for the past year says the problem has been reduced but not solved.

The company said: “Rats are transient and will move to find harbourage and a food source. This probably has some bearing on the continued problem at Singers Park. The hedge is providing cover and the soil is easily burrowed into.

“By removing vegetation/natural harbourage, this will ease problems with rats. However, the environment around Singers Park and Red Lion Lawn is highly conducive to rat activity.

“By removing the hedge some of the problems will be eliminated but it is not the whole answer.”

Jeanette Cronin, who works at Scott Investment, based opposite Singers Park in the Old Rectory, said the infestation was large.

She said: “If my memory serves me correctly, the brown rat can breed throughout the year if conditions are suitable with a female producing up to five litters a year. The gestation period is only 21 days and a litter can number up to 14, although seven is common.

“When I worked at the Old Rectory from 1990 to 2017 I only ever came across two rats but these past few months I have had to request our pest control out to renew the bait that was being demolished by vermin.

“At the end of the day the hedgerow needs to be removed to stop the rat population from spreading further into our town.

“What is put back in its place is down to the council and there is a number of options available.

“Removing the hedgerow and perhaps planting flowers similar to those in the [company’s] car park further down would help air pollution and bring in pollinators.

“The continuation of the railings as we have around our car park would increase the beauty of our town.

“Several times a day photographs are being taken and compliments paid regarding our display. We have had brides standing outside the front doors of the building or in the car park area for photographs. I do not see that at Singers Park!”

Councillor Kellie Hinton, vice-chairwoman of Henley in Bloom, said: “We can look at removing the hedge and putting one in somewhere else to make up for it.

“We have been trying to get rid of the rats for a year and we have not managed it with pest control.”

But Henley in Bloom committee member Catherine Notaras said she wanted to keep the hedge as it helped reduce air pollution caused by the passing traffic.

“A hedge in any built-up area is extremely valuable,” she said.

Councillor David Eggleton, chairman of Henley in Bloom, said: “We can put a nice railing in there and put pollinating plants and a couple of trees in.”

The issue will now be considered by the council's recreation and amenities committee.