‘Town centre is too scruffy for entry in bloom competition’ 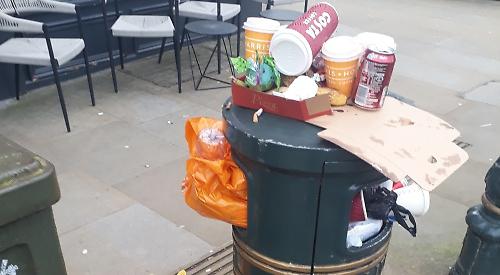 HENLEY may not enter the Britain in Bloom competition next year because councillors say the town centre is too scruffy.

The town won gold in the Thames and Chilterns regional competition this year for the seventh time in eight years but failed to take the title of best town for the fourth year running.

Henley in Bloom vice- chairman Kellie Hinton said that apart from the hanging baskets which it organised, not enough was being done to make the centre attractive.

Speaking at a meeting of the town council’s Henley in Bloom sub-committee, she said: “There’s a lot of stuff that’s not in our control. The town and community committee are not doing their bit.

“They should be repainting the street furniture, our residents should be littering less and our shopkeepers could take care of their frontages. There are sites in the town that are not pulling their weight.

“I’m not proud to show it off. I’m sorry, but I do not have the faith in entering our whole town anymore. It’s completely demoralising. The residents and visitors deserve to see a special side of Henley, which our committee gives them.”

Councillor Hinton said the solution was for everyone working in or visiting the town centre to make a contribution.

“We can’t force shops to sweep outside but we need them to have more care in their appearance and for residents to not litter,” she said.

“If everyone was going to do their bit then I would absolutely be in favour of entering the town — let’s show it off all day long.

“We can’t keep doing our bit and bits for everyone else as well. We would be better focusing on areas where we have more control.”

She praised the work of the council’s parks services team for helping Henley to achieve gold and three areas to do well in the It’s Your Neighbourhood category of this year’s awards — Gainsborough Residents’ Association was rated “outstanding”, the Friends of Freemans Meadow “advancing” and the Northfield End and Bell Street Residents’ Group “thriving”.

Cllr Hinton said: “One thing we excel in is our parks, so if we are going to enter anything we should support them as well as It’s Your Neighbourhood.”

Henley in Bloom chairman David Eggleton said: “We have got quite a lot of organisations that do get involved and I think everything we do, we do fantastically. But we need people to get involved and to step up and do this stuff.

“From a distance, much of the town looks great but when you look closely some things could be improved but are out of our control.

“The residents of Northfield End have done a good job. They have been maintaining the area all year round. It’s not just about doing things to make it look good and then forgetting about it.

“We will always help projects to get established and get them going in the right direction. By other people doing it, it’s less work for us and the community will benefit as everybody will get involved. If the public get involved in projects it’s more rewarding for those people and for those who live in the area.”

The sub-committee voted not to enter the town category of next year’s competition, subject to the approval of the recreation and amenities committee.

Councillor Sarah Miller, who chairs the town and community committee, said: “I can understand where Kellie’s coming from. I’m very upset with the state of the town centre.

“I want to sort it out because I don’t like walking into town and seeing fag ends and rubbish piled up against the bins. It does bring the town down considerably.”

South Oxfordshire District Council provides an annual deep clean in which it sweeps the pavements, removes litter and kills weeds. The town council also retains a budget for carrying out deep cleans. Last year this was £11,000.