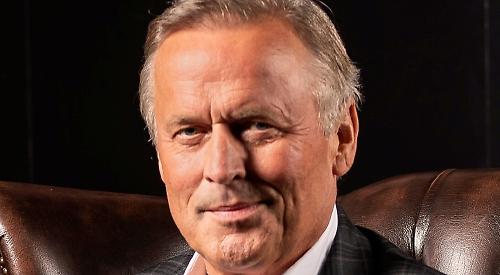 In what is so far the only UK event announced around his new release A Time For Mercy, Grisham will appear at the festival direct from his US home on October 15 at 8pm.

He has penned more than 30 international bestsellers including The Client, Camino Winds, The Rainmaker and the Theodore Boone middle grade series for children.

Several of his novels have also been adapted into blockbuster films, including The Firm with Tom Cruise and The Pelican Brief with Denzel Washington.

Other speakers include chat show host Graham Norton, journalist Andrew Marr, and former rugby player James Haskell. Festival director Harriet Reed said: “An exciting aspect of an online festival is the possibilities it opens up, allowing us to have speakers joining us direct from the US, Canada and Ireland as well as to potentially reach audiences internationally.”

The festival kicks off with pop-up events early next month with Nadiya Hussain, Kate Humble, Lynda La Plante and Kim Darroch before the festival itself, which runs from September 26 to October 4, and post-festival events.