'Effortless' musical is already a winner 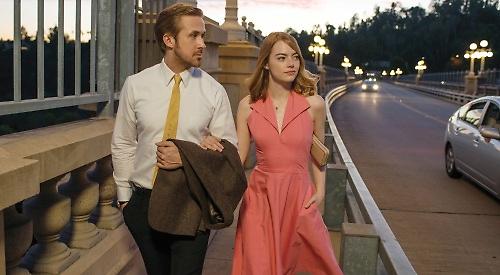 HOLLYWOOD loves musicals — and particularly those that pay tribute to an industry that gave birth to a genre adored by millions.

But this week’s La La Land will have to be something rather special to top the greatest of them all, in my opinion — Singin’ in the Rain.

The lighthearted depiction of Hollywood in the late Twenties saw Gene Kelly, Debbie Reynolds and Donald O’Connor portraying performers caught up in the transition from silent films to “talkies”.

Everything about Kelly and Stanley Donen’s 1952 classic oozes charm. Grand musical sequences, pinpoint dance numbers, polished acting, a good dose of humour — and a solid plot tying it all neatly together.

Fast-forward 65 years and director Damien Chazelle will need to be at his best to make an impact but, encouragingly, it looks as though he has already done just that.

La La Land is a tribute to the Hollywood musical but with a story embedded in present-day Los Angeles life. Mia (Emma Stone), an aspiring actress working in a coffee shop on the Warner Brothers studio backlot, falls for jazz pianist Sebastian (Ryan Gosling).

The pair are struggling to make ends meet in a city known for crushing hopes and breaking hearts. This is an original musical about everyday life which explores the joy and pain of pursuing your dreams.

The film has already garnered critical acclaim from all quarters and set a record last weekend for the most Golden Globes won by a film, taking seven in total.

They included best motion picture in the musical or comedy category, best director, best actor for Gosling and best actress for Stone. Chazelle’s last outing in the director’s seat resulted in the excellent Whiplash of 2013, which depicted the relationship between an ambitious jazz student and an abusive instructor. It was nominated for five Oscars, including best picture.

Both Gosling and Stone give effortless performances with stunning song-and-dance routines and remarkable piano-playing from one of Hollywood’s leading men.

The transition from musical numbers to powerful narrative is seamless, meaning this is more than just a collection of songs stitched together where the story takes a back seat.