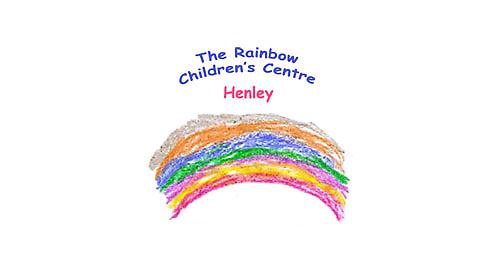 THE future of Henley’s children centre looks to have been secured after it was awarded £21,900 in start-up funding.

Henley Baptist Church will manage the “healthy living facility” with youth and community group Nomad at the d:two centre in Upper Market Place from April 1.

It will offer soft play and keep-fit sessions and group meetings on healthy living, food and nutrition and tackling negative eating habits and other addictions.

The project is one of 12 community schemes that have been awarded start-up funding from a £1 million transition fund set up by Oxfordshire County Council following budgets cuts.

The council had planned to close all 44 of its children’s centres and replace them with eight new facilities in order to save £8 million.

Now 34 centres across the county will remain open after communities came forward to run them.

The authority will withdraw funding from the Rainbow Children’s Centre, which is currently based at the d:two centre, next month.

Henley Town Council has budgeted up to £10,000 towards the new centre’s start-up costs.

The church has said the set-up and running costs for the first year will be £36,000. Councillor Sara Abey, who chairs the town council’s children’s centre working group, said: “I am very happy that the county council has recommended some financial support for children’s services in its communities, despite the huge funding cuts they have had to digest, and that the Baptist church has won most of its funding application and is committed to use that to provide the most sustainable service that it can in Henley.

“However, I still believe that the fuller oversight and preventive aspects needed for comprehensive and inclusive early years care needs central government support and that is something that we still need to push for.”

Roger Cole, pastor at Henley Baptist Church, said: “We are thrilled the county council wants to get behind us.

“We are carrying on some of the activities but changing a lot as we want it to become self-funding. We won’t be able to provide the same level of service straight away but we hope it will build up.”

Councillor David Nimmo Smith, Henley’s county councillor, said: “I am pleased that the county council has found the Nomad bid to be exciting, allowing the first year’s £21,900 funding to be recommended for approval in the council’s cabinet meeting next week. I am on the cabinet and will support the bid.

“The bid’s business plan indicated that if the first year is successful then it can be self-sustaining, which is why the years two and three funds, which made up the balance of the £30,000 bid, have not been promised at this stage.”

Emma Taylor, who founded the Save Oxfordshire’s Children’s Centres campaign in 2013 after a previous threat of closure, said: “It will be good to see the children’s centre continue.

“I know the current set-up ends soon and we don’t want to see a break in the service, so people will be able to continue using it. It’s such an important facility for the town.”

Watlington children’s centre also looks set to be saved after it was awarded £30,000 in transition funding.

Four parents and the headteachers of Watlington and Chalgrove primary schools hope to retain the service.

They are also set to receive £14,500 from Watlington and Chalgrove parish councils.

Steph Van de Pette, a Watlington parish councillor who chairs the organising committee, said: “We’re delighted that the county council is set to give us the money after we received fantastic support from our parish councils.”