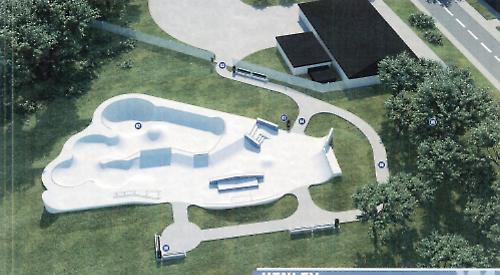 THE construction of Henley’s new £290,000 skate park has been put back while the contract is amended.

Consultants Carter Bonas, who were hired by the town council to check the contract with Maverick Industries, who will build the facility, have suggested some minor adjustments before it is signed.

Town clerk Janet Wheeler told a council meeting on Tuesday said: “It does delay the project very slightly but hopefully only by a couple of weeks.

“They will be working with Maverick to make sure the contract is robust and will review the whole build from start to finish.The skate park will become a council asset and we will be responsible for making sure it’s safe.”

The new facility at Makins recreation ground, which has been planned for six years, will have sunken concrete obstacles rather than hollow, metal ones and will cater for BMX bikers, skateboarders and roller-skaters.