Plasters by the pool, gum stuck to the floor and a broken shower... 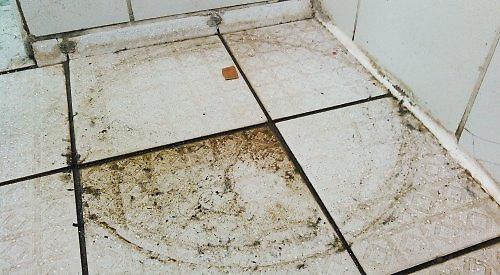 THE operators of Henley leisure centre have pledged to clean up their act after being exposed for having dirty changing rooms and showers.

GLL, which runs the complex in Gillotts Lane on behalf of South Oxfordshire District Council, blamed its cleaning contractors for the problem, which included:

• A dirty and broken shower.

• Rubbish including used plasters and chewing gum left on the floor.

The centre, which charges up to £56.95 for membership, has a gym and the only swimming pool in Henley following the closure of LA Fitness. It was refurbished in 2008.

The first complaint about cleanliness was made by a long-standing member after visiting the gym on January 3.

The man, from Wargrave, said he had found rubbish on the floor, plasters in the pool and stained tiling as well as a broken shower.

He spoke to staff and asked them to check that the cleaners were doing their job properly.

Two days later, he followed this up with an email, saying: “This is a cheap domestic shower so why not buy a stronger one or several cheap ones so it can be replaced when it breaks?

“This shower is broken more than it is working. This is appalling
service!

“Sorry to give you this but it is now very important something is done as I am seriously considering going elsewhere that is less convenient.”

When the man returned to the gym five days later he found the conditions were even worse.

He was so appalled that he took photographs to show the lack of cleanliness in the changing rooms and shower areas.

On the same day, duty manager Ryan Hill responded to his email, saying he and other members of staff had done some cleaning.

Mr Hill wrote: “The whole of the shower area has been pressure- washed by myself and the team from top to bottom and wiped down with a degreaser in an attempt to prevent that grimy build-up. 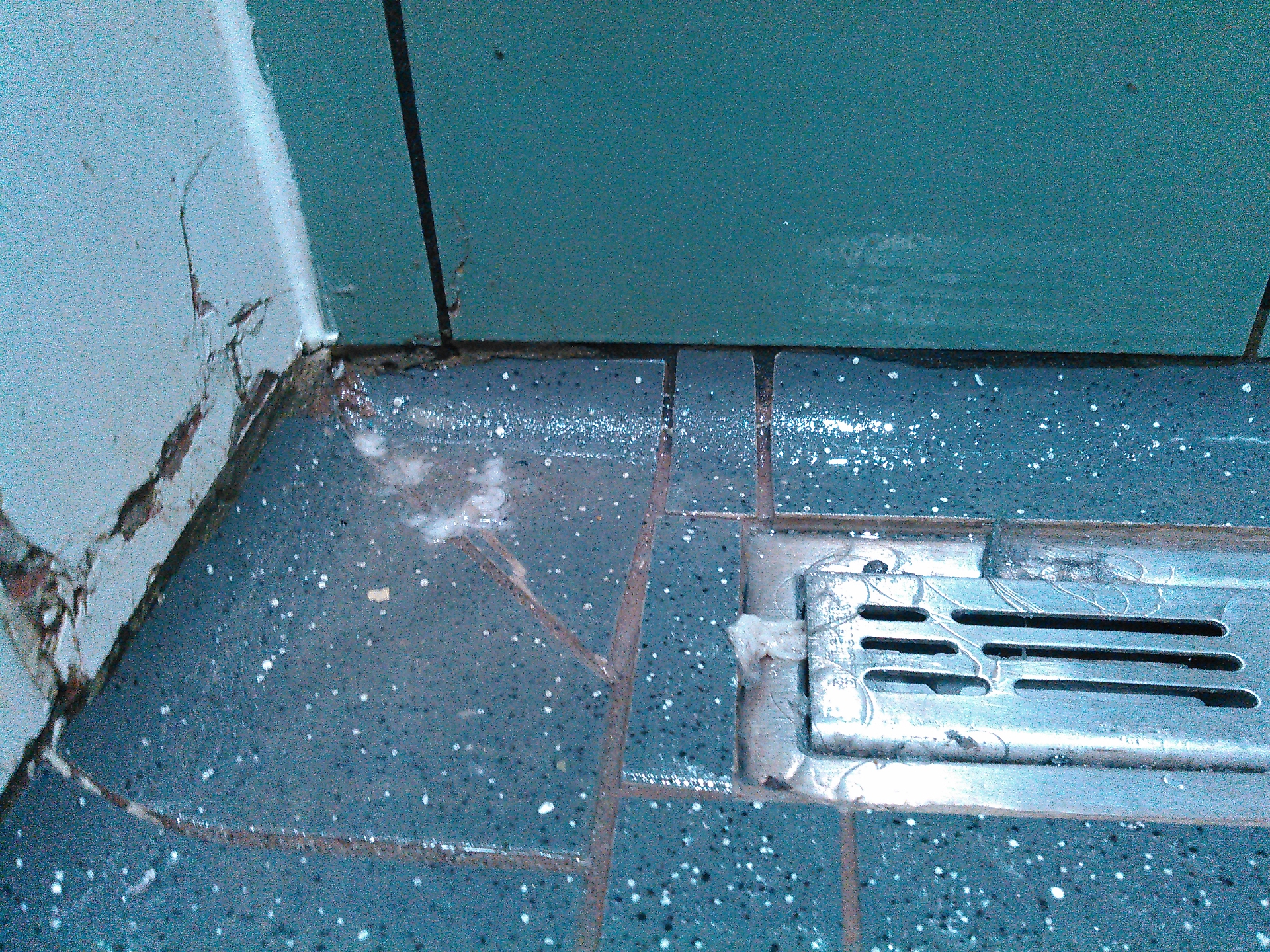 “We also noticed the drain at the entrance to the shower area was blocked and once we lifted the cover discovered that this was the main cause of that nasty smell.

“The drain has now been unblocked and cleaned.

“I have ordered some stronger cleaner to try to remove the stains in the grouting and we are expecting a cleaning supply order this week with more of the scented cleaner that we usually use for the floors.

“The whole of the changing area has been litter-picked, scrubbed and washed down and is looking much cleaner now. I’m still not entirely sure how the white staining got so bad but will continue to monitor and action.”

The complainant, who has since cancelled his membership of 40 years and asked for a refund, returned to the centre on January 13 and noted some improvement but said it was “still filthy”.

He sent another email and received a reply from Tom Nicholson, who took over as manager of the centre on January 2.

Mr Nicholson said there had been issues with the cleaning contractor in the first week of January.

He wrote: “I met with the area manager from the cleaning company last week and we now have a full agreement in place regarding when they attend the centre and the standard that cleaning tasks need to be .

“I am continuing to monitor the cleanliness standards and if they do not reach the required level then this agreement will be terminated and other options will be explored, such as potentially employing our own cleaner within the centre or entering into a new agreement with a different company.

“I can assure you that cleanliness standards are one of my top priorities and all staff will be focusing on this until standards are up to the correct level.

“This focus will continue once these standards are achieved to ensure they are then maintained.”

Mr Nicholson added that he would suggest that parts of the changing rooms, including stained vanity units and cubicle doors, were replaced. 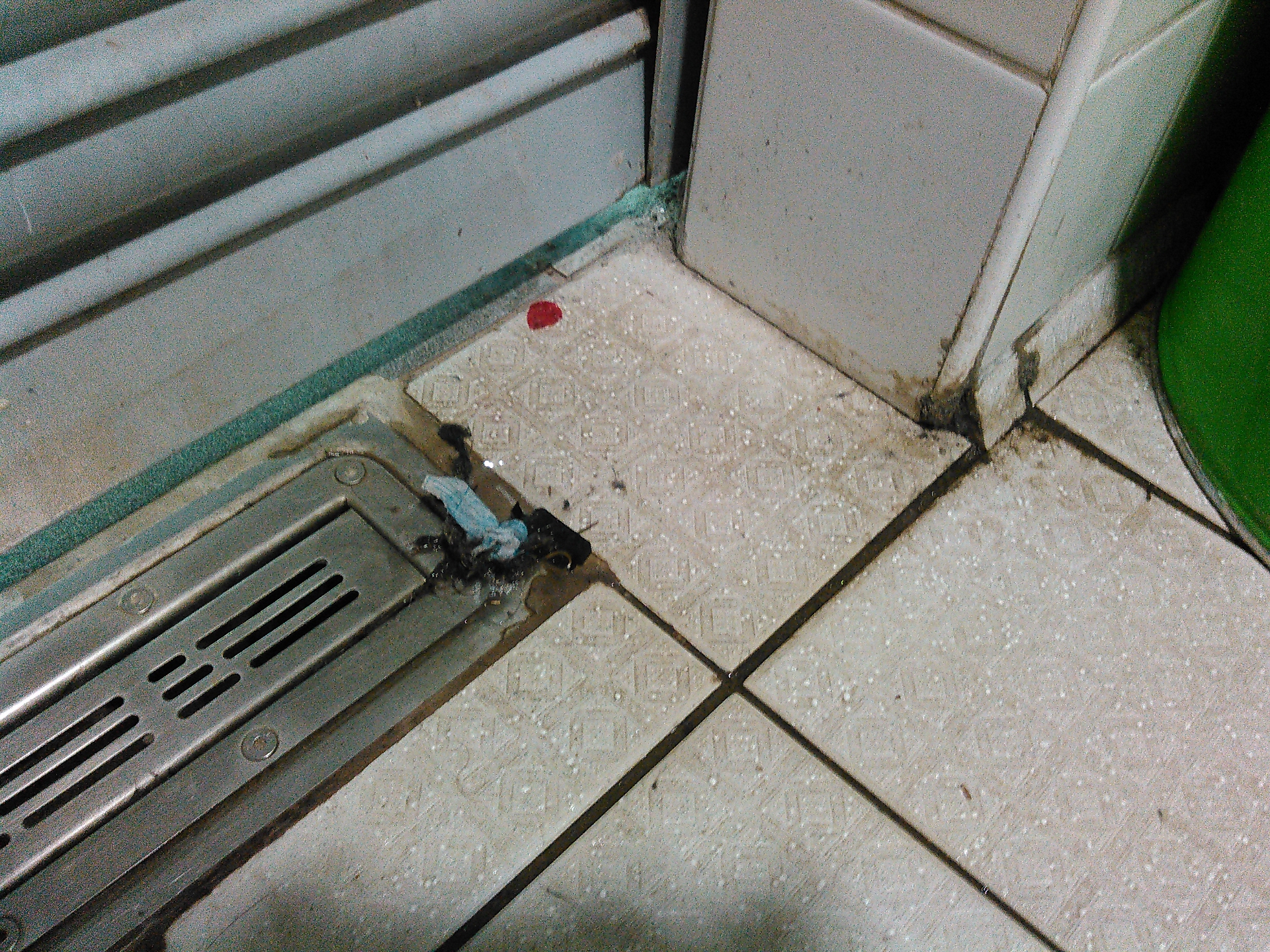 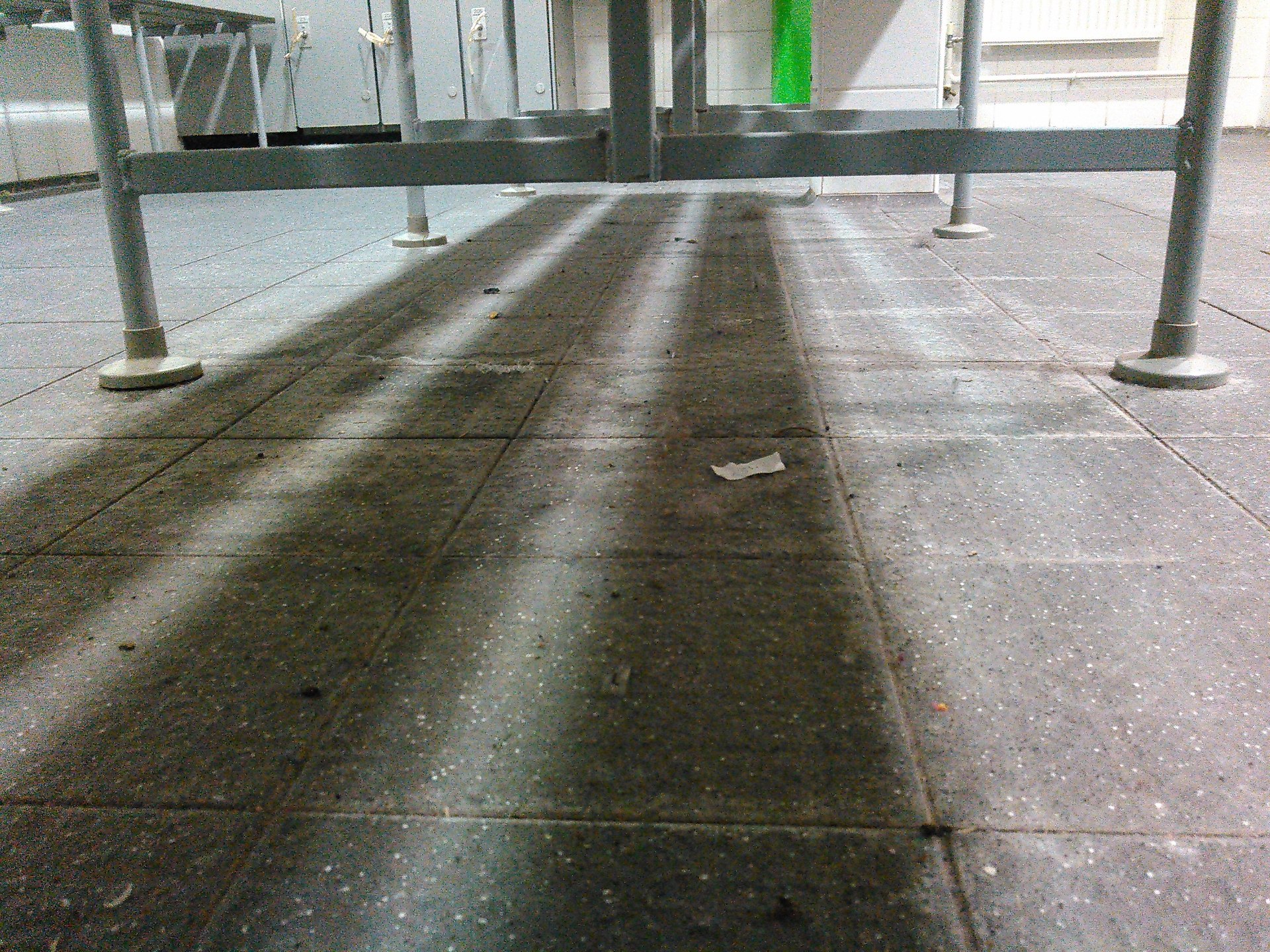 Despite this, when the complainant returned on January 23 and 27 her found no improvements had been made and took more photographs as proof.

He noted that chewing gum had still not been removed from the changing room floor, plasters had been left by the poolside and the car park was covered in litter.

In another email to the centre, he said: “These photos are only from the parts of the centre that I go to.

“I am still waiting to hear from you regarding a refund on my membership as I feel that you have not lived up to your side of the contract, especially looking at the photos from the side of the pool.

“I do not want to catch anything from this centre, it is disgusting! The old by the pool, which clearly have been there for a long time, are not healthy or nice to look at.”

The man returned to the centre again on January 30 and found there was still rubbish in the car park and chewing gum in the changing rooms but the plasters had been removed from in and around the edge of the pool. He reported this by email.

He received a response the next day from Mr Nicholson, who said he and other members of staff had completed audits of the cleaning work done by the contractors.

The manager continued: “As I stated during our recent conversation, I have been in conversations with our cleaning company on several occasions since my arrival at the centre and have also completed audits following their visits to enable us to ensure the required standard is reached.

“We have also insisted on a new cleaner being appointed to the centre, which has now happened.”

A GLL spokeswoman said: “Henley leisure centre is a very popular public leisure facility with customer numbers at high. We prioritise providing a safe and clean environment for customers and have been working hard to improve cleanliness since these pictures were taken, including auditing our current cleaning contractors.”

A district council spokesman said: “Improvements have been made to improve cleanliness in the leisure centre. We will continue to monitor the situation.”

Joan Bland, a district councillor for Henley, said: “Obviously we have to have pristine standards and anything that is not pristine is absolutely unacceptable.

“We go through a rigorous selection process and the contracts are not given out hastily. If these are not adhered to there are consequences. They are there to give a performance.”

Fellow councillor Stefan Gawrysiak said: “As this is the only leisure centre in town with a pool and gym, it’s important that it is of a first class standard.

“It’s apparent that standards have slipped and let’s hope GLL and the district council will monitor this and get it up to the high standards normally applied.

“I will follow it up with the council to make sure it is monitoring in the next few months so that this does not happen again.” 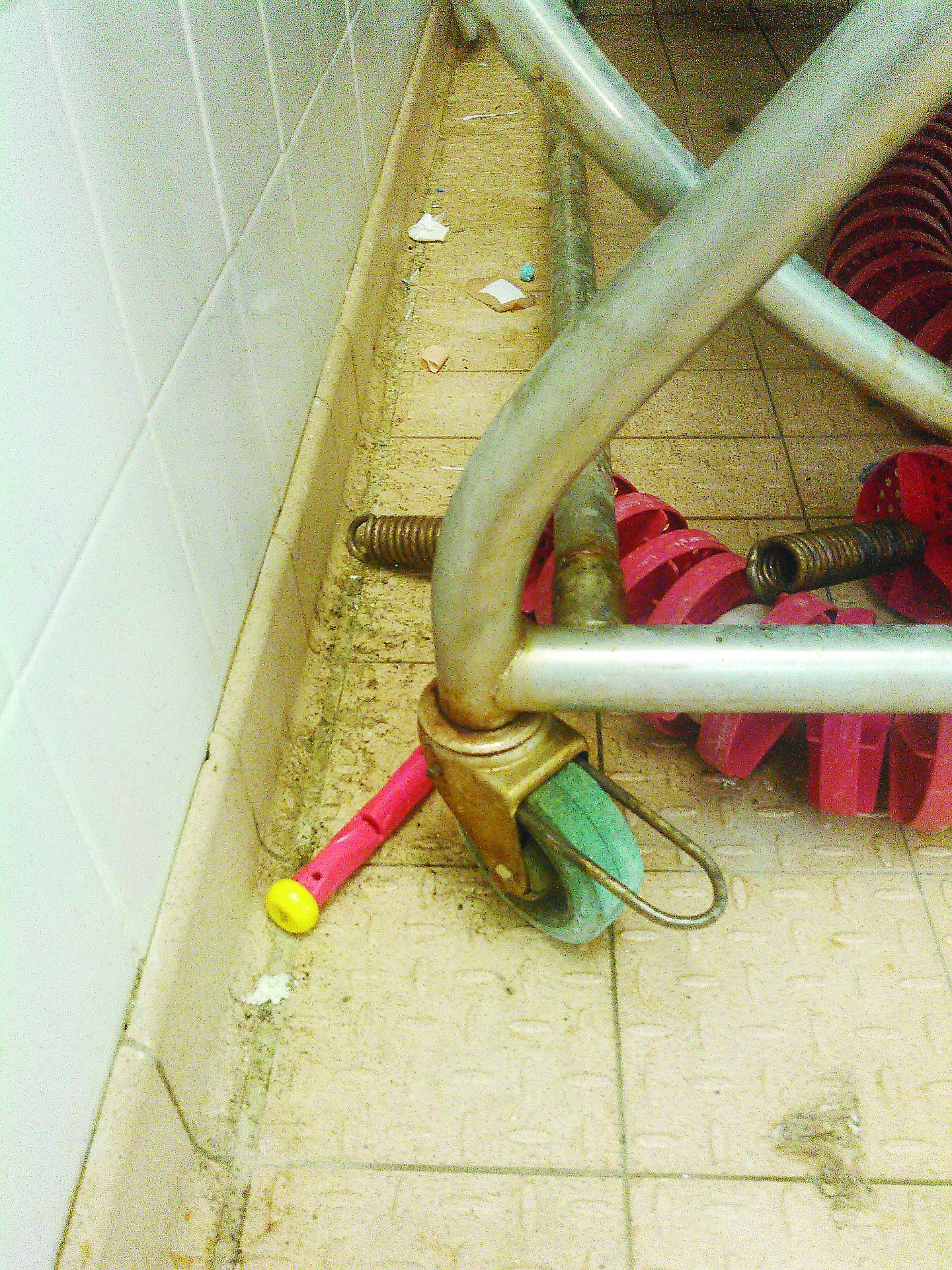