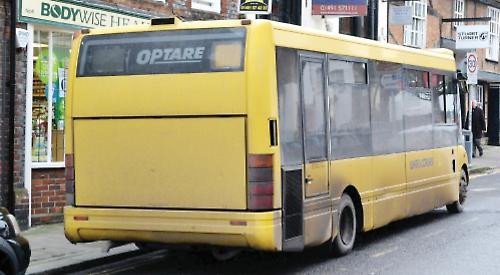 A FREE bus service will be operated by White Coaches in Henley next week.

The company will be waiving fares from Monday to Friday on its four routes that make up the Henley town service.

Town, district and county councillor David Nimmo Smith said: “We’re trying to encourage people to use the town service so that it becomes commercially viable and doesn’t need subsidising. In essence, ‘use it or lose it’.

“Whites Coaches have said they will very kindly waive any charges, which we’re grateful for.There will be a questionnaire on the bus welcoming feedback from the users as to why they use the bus, is the route useful, how can it be improved etc.”

This is a request service, so it will stop and pick up anywhere along the route if you put your hand out and the bus can pull in safely.

However, this subsidy was removed and Henley Town Council agreed to fund it until July this year as an interim measure.

The town council has formed a bus working group to look at ways of developing a self-sustaining service and a business plan is due shortly.