Will it be third time lucky in fight to stop another care home? 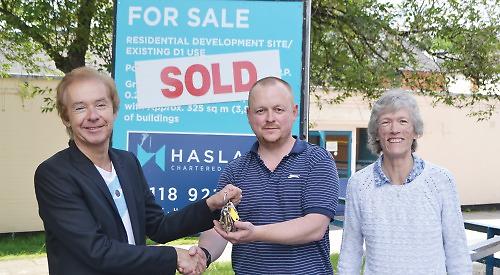 RESIDENTS of Henley are being urged to fight a third application for care housing — after losing twice previously.

B&M Care has applied for planning permission for a 65-bed care home on the site of the former youth centre in Deanfield Avenue, which it bought for £3million in 2015.

The company says the home will provide 50 full- or part-time jobs and will cater for local elderly people with different levels of dementia.

Town councillors are expected to oppose the plans because the land is earmarked for 23 homes in the Henley and Harpsden neighbourhood plan and if the application is successful, the company will not have to make any financial contributions to the town.

Mayor Julian Brookes said: “The neighbourhood plan is very clear what should be on that site and it’s not a care home.”

Town clerk Janet Wheeler said residents should write letters of objection and encourage their friends and neighbours to do the same.

“The value of letters is just as important as putting in very learned planning statements,” she said. “People mustn’t just sit back and say ‘one person can object’, it has got to be lots of people objecting.”

The council and campaigners are still smarting after South Oxfordshire District Council granted planning permission for two similar developments despite their opposition.

One was for 53 “extra care” flats for the elderly and disabled at the former Jet garage site in Reading Road, despite the land being earmarked for 55 ordinary flats in the neighbourhood plan, and the other was for an 80-bed care home at the former LA Fitness gym in Newtown Road, although that site is now up for sale.

Both decisions were made on the casting vote of the planning committee chairman Felix Bloomfield. The former youth centre building was demolished early last year and the site sealed pending the planning application.

B&M Care, which was one of 27 bidders for the site, already operates 23 care homes in four counties including Berkshire and Buckinghamshire.

The company’s application says: “The 65 elderly persons who will occupy this care home will inevitably free up dwellings, including family housing, locally for the benefit of the community.”

The care home would be L-shaped and up to 3.5 storeys high.

The company says: “The building has been carefully designed to sit within the plot, having regard to adjacent protected trees, street scene, common boundaries and adjacent properties.

“Parking spaces have been provided within the site for 17 vehicles, including two disabled spaces and one pool car space utilising an amended vehicular and pedestrian access from Deanfield Avenue.

B&M Care argues that it should not have to make any developer contributions or pay the Community Infrastructure Levy for infrastructure improvements as care homes and residential institutions are not liable.

It says: “In seeking a developer contribution, the council has to be satisfied that the request is relevant to the proposal, reasonable and proportionate in scale.

“There would need to be a lack of capacity in the existing infrastructure exacerbated by the new development, specific impacts would require mitigation or the council to have a specific strategy relevant to the location.

“The care home proposal will not be attracting new people into the area and thus place additional demands on the local infrastructure.”

Former town councillor Dieter Hinke, who chairs the neighbourhood plan steering group, said: “Like a lot of care home providers, they are trying to maximise their returns from whatever space there is, which from their point of view makes commercial sense.

“What surprised me was that, with the neighbourhood plan was well under way, they didn’t come and speak to members. It was as if we were ignored and there’s a certain arrogance there, I think.

“We all know what we need in Henley — it’s affordable homes for workers who come into town and for the young people who have to leave the town because they can’t afford to buy or rent here.

“The more people who write to the district council, the more it will understand how much we need to get more affordable homes into the town. People need to write in and say, ‘enough is enough, we need affordable homes’.”

Mr Hinke, who claimed last year that Henley was “fast becoming the Eastbourne of the Chilterns”, added: “You can actually understand why care homes are so popular. They are the most profitable method of building because there’s no Community Infrastructure Levy and no affordable housing requirement.

“I don’t think we should have a care home on the site but if we’re talking about the principle generally I think they should pay [contributions].

“My intention, with a couple of members from the steering group, is to ask to meet the planning officers before they reach a decision to put our views over.”

The land was put on the market when the Thamesfield Youth Association said it could no longer afford the youth centre’s £45,000-a-year running costs. The sale included a derelict plot behind the centre which was owned by The Henley College.

The application will be considered by the town council’s planning committee on Tuesday and the district council will make the final decision by May 26.