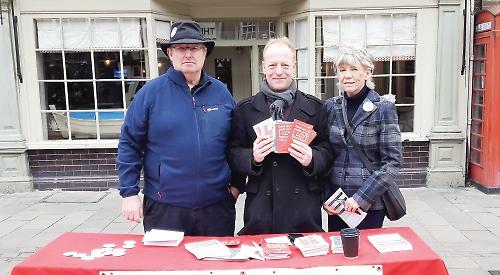 Activists from the Change Britain campaign held a street stall in Henley where members of the public could sign a Valentine’s Day card to be sent to Lords Patten, Mandelson and Kinnock to vote in favour of the Article 50 Bill, to begin the process of leaving the EU 50 unconditionally.

They were among more than 25 campaign events held in towns nationwide.