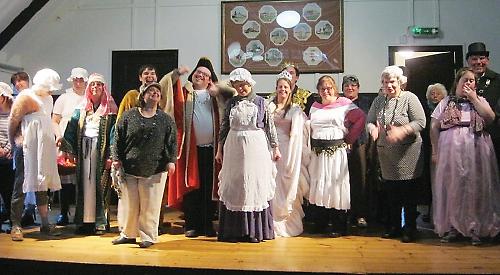 The Easter pantomime, called Chick Whittington, was written and directed by Melba Pitt and narrated by Meteor Club voluntary helper Stephanie Halpern while the costumes for the production were supplied by the Kenton Theatre.

The show ended with the audience being invited to join Dick and the cast to tuck into the food provided for his wedding feast.

Paul Barrett, chairman of South Oxfordshire Mencap, said: “This is the third panto that Melba, our honorary president, has written for us following past performances of Sleeping Beauty and Snow White but Chick Whittington surpassed them all in the sheer enjoyment that the show evoked in both the cast and audience.

The atmosphere was very special and it was an evening to remember — a minor miracle really considering how limited rehearsal time was.

Credit to all our members and volunteers who made sure that all was right on the night as well as the bonus of a lovely and receptive audience.”