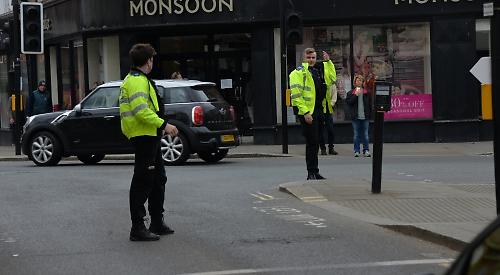 MORE than a thousand properties in Henley have been left without power due to an electrical fault.

Traffic through the town centre was controlled by police as the traffic lights stopped working and businesses were left in darkness.

The fire service were called to M&Co, in Bell Street, as someone was stuck in the lift.

A spokesman for energy supplier SSE said it was working to restore power to all properties by 3.30pm.

He said: “There was a fault in the high voltage network which has impacted around 1,200 properties.

“The power went off at around 1.30pm. Our engineers were deployed and they are currently working to restore supply to our customers.

“Power will be brought back on in stages and we hope to have everyone back on by 3.30pm.”