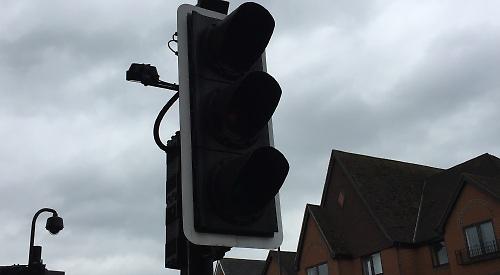 MORE than 1,000 properties in Henley were left without power for at least two hours on Wednesday due to an electrical fault.

The power went off at about 1.30pm but all properties were back to normal by 4.15pm.

Shiri McAndrew, manager of the Cancer Research UK shop in Duke Street, said: “We stayed open but it wasn’t great for business and health and safety wasn’t the best because it was dark.

“We didn’t want to not trade but we couldn’t take card payments and the cash machines nearby weren’t working.”

Paula Young, the manager of clothing store East in Bell Street, said the shop had remained open but its phone and tills were not working and staff had to fetch items from the rear of the store for customers because it was dark.

Scott Hickman, a supervisor at Fat Face in Bell Street, said it was not safe for customers to come in because the shop was in darkness.

Tomi Feczko, duty manager at Patisserie Valerie in Market Place, said the shop’s coffee machine and fridges were working so staff were still able to serve drinks and cake but not hot food.

Katie Newman, of the Bohun Gallery in Reading Road, said: “We’ve got a new show this weekend so it’s an important time. The phones would usually be ringing off the hook but people haven’t been able to get through and we can’t see our emails.”

A spokesman for energy supplier SSE said: “There was a fault in the high voltage network which impacted around 1,200 properties. We would like to apologise to our customers for the inconvenience and thank them for their patience as our engineers worked to restore their power as quickly and safely as possible.”