U-turn by councillors over use of restaurant terrace 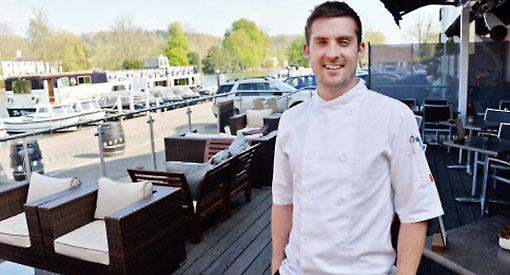 A HENLEY restaurateur has now won the support of town councillors for extending the opening hours of his outdoor terrace.

Shaun Dickens, who runs The Boathouse in Station Road, has applied for permission to use the decked area overlooking the river until 9pm to serve pre-dinner drinks to diners.

At the moment he is not allowed to use it after 6pm under the planning permission granted when the former boathouse was first turned into a restaurant in 2008 to prevent residents in neighbouring Boathouse Reach being disturbed.

Mr Dickens, who had a similar request turned down two years ago, claims the restriction has cost him business.

Last month, Henley Town Council’s planning committee recommended that the application be refused but last week members changed their minds after being asked to reconsider by South Oxfordshire District Council, the planning authority.

In a letter to the committee, planning officer Caitlin Phillpotts said: “I am keenly aware of the proximity of the restaurant to a number of residential properties and for the need to protect the owner-occupiers from noise during antisocial hours.

“On the other hand, I recognise other catering establishments in the locality as well as the business operations associated with this section of the River Thames.

“Overall, I think it is important to show support for the growth and development of this small and popular business.

“With this in mind, and following conversations with colleagues in environmental health and economic development, I have suggested a temporary permission of a year for the use of the decked area, strictly for drinks only, between 6pm and 9pm.

“I am sure that on warm summer evenings the drinks terrace is likely to be popular with diners. However, I anticipate its use to be limited to evenings when the area is frequented by locals and visitors enjoying the riverside location and is unlikely to appear at odds with the locality.”

Councillor Simon Smith said he was still against the plans but committee chairman Ken Arlett agreed with the officer, saying there would be no noise from inside the restaurant as the doors would be closed and people would not be allowed to smoke on the decking.

“Even if they were to smoke there, I honestly don’t see how that would affect anybody,” he said.

Mayor Kellie Hinton said she had received emails from neighbours supporting the application.

Supporters include Hugo Loudon, from Shiplake, who said using the deck later in summer would help the business stay viable.

“There are no residents beside the establishment, only nearby,” he said. “The business does not sell cut-price food and drink so is unlikely to support rowdy types.”

Gary Boys, of nearby River Terrace, said: “Shaun Dickens has brought an ambitious and excellent riverside restaurant to Henley and I have been impressed by the way the restaurant has easily fitted into the community.

“I would have no objections to the application and would think that by now Shaun Dickens can manage the changes to complement the town and improve the riverside.”

Anne Jones, who lives in Boathouse Reach, said: “I have never been disturbed by Shaun Dickens’s restaurant in any way. I support the variation of planning permission suggested.”

“The restaurant terrace is adjacent to residential properties that have balconies, so noise arising from the terrace would be extremely invasive. There is already noise at night from the terrace when diners who smoke go outside for a cigarette and are drinking.”

The district council will make the final decision.