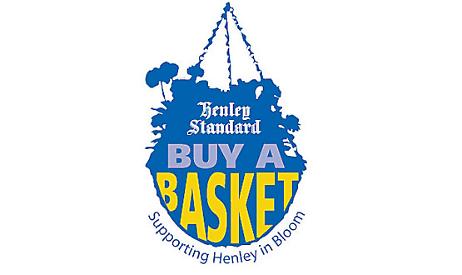 A TOTAL of 233 hanging baskets will be displayed in Henley over the summer.

More than 110 businesses, community groups and individuals have purchased the baskets from Henley in Bloom and most of them have now been installed outside shops and houses mainly in the town centre.

More than 1,000 baskets have now been sold since the Henley Standard launched its Buy A Basket campaign in 2013 and this year’s total is just nine short of the record 241 baskets that were bought last year.

The baskets have been supplied by WindowFlowers, of Burnham, and contain purple, blue, white and red flowering plants that are rich in nectar and pollen to provide a food source for bees and other pollinating insects.

Henley Mayor Kellie Hinton, who chairs Henley in Bloom, said: “It’s a fantastic total though it would be wonderful if more people came forward at the last minute and helped us set a new record.

“As usual, the Henley Standard has executed a wonderful and successful campaign. The town looks fantastic and many baskets are already blooming.

“WindowFlowers says they need time to settle and for the weather to heat up but actually they’re already looking great. They really enhance the town and making it look good for festival season.”

Recent buyers include the Regal Picturehouse cinema in Boroma Way and Bunker Opticians in Duke Street, both of which bought two baskets.

A basket has also been purchased on behalf of the late Pamela Beggin, a regular supporter who lived in Thames Side but died earlier this year.