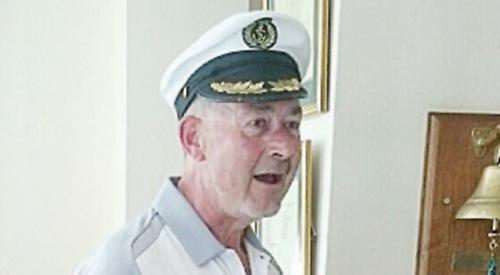 GOLFER David Haddock is hoping that this year’s longest day is also one of summer’s mildest.

On Wednesday, June 21, he will be aiming to play as many holes of golf as possible during daylight hours.

The charity event will take place at Badgemore Park Golf Club in Henley, where 59-year-old Dave, from Ewelme, was made captain in January.

Dave, an account manager in the gas industry, will be taking the day off work in order to tee off at 4.43am, when the sun is expected to rise, and keep playing until sunset at 9.21pm.

He has dubbed the challenge “Captain Haddock’s Longest Day” after the short-fused character of the same name from The Adventures of Tintin.

Dave, a father-of-four, will be raising money for the Chiltern Centre for disabled children in Henley.

He hopes to raise £1,000 and is inviting supporters to either pledge a set amount for every hole he completes or bet £2 on how many shots he will play altogether. The person who makes the closest guess will receive half the total.

Dave expects to play at least 100 holes of the 18-hole course, the equivalent of five-and-a-half rounds, and walk at least 25 miles in the process.

Several fellow members of the club have agreed to accompany him throughout the day to carry his clubs and supply him with food and drink.

“A couple of the lads in the pro shop did it three or four years ago and I thought I could have a go. I’ve organised quite a few fund-raising events and I’m always badgering people to open up their wallets so I felt I ought to do something a bit more direct and show I’m willing to put the effort in myself.

“I haven’t done any specific training for this but I’ve been playing a frankly excessive amount of golf since becoming captain! I think I’ve played 63 rounds so far.

“The one bit of advice I’ve received is to harden my feet to avoid getting blisters. I’m soaking them in surgical spirit every day and hopefully that will protect them.

“The most holes I’ve played in a day is 36 and I don’t think I’ve walked 25 miles in my life, so the more I talk about it the crazier it seems.

“I’m feeling pretty confident but I’m just hoping we don’t get 30-degree heat because that would be unbearable. It’ll be much easier if it’s nice and cool.

“Fortunately, the club is very supportive and people have been enthusiastic in getting behind me.”

To sponsor Dave, send an email to davidhaddock@btinternet.com or drop into the club.