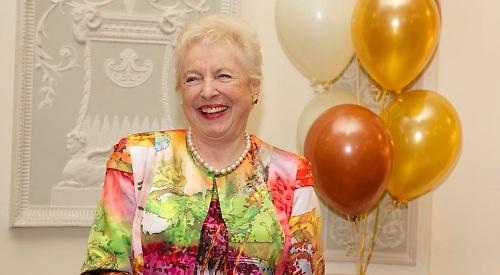 A PHILANTHROPIST from Henley has been recognised in the Queen’s birthday honours.

Dame Stephanie Shirley, who received a damehood in 2000, has been made a member of Order of the Companions of Honour.

The award is given to those who have made a major contribution to the arts, science, medicine or government lasting over a long period of time.

The order is limited to 65 members and recipients wear the initials CH after their name.

Dame Stephanie, who lives in Phyllis Court Drive with her husband Derek, was recognised for service to the IT industry and philanthropy.

She founded her first business, which became Xansa plc, in 1962 on her dining room table and during 25 years as its chief executive developed it into a leading business technology group.

Dame Stephanie, 83, has also served on the corporate boards of Tandem Computers Inc, the John Lewis Partnership and AEA Technology.

Her other focus has been on the Shirley Foundation, a charity which has made over £67m grants and initiated a number of projects that are pioneering by nature, strategic in impact and in money terms.

the focus is targeted at national strategies for autism, which her late son Giles suffered with.

Meanwhile, Professor Hugh Godfray, from Nuney Green, near Caversham, has been knighted.

Sir Hugh, who is Hope Professor of Zoology, at the University of Oxford, has been recognised for services to scientific research and for scientific advice to Government.

He was awarded the Scientific Medal of the Zoological Society of London in 1994 and was elected a Fellow of the Royal Society in 2001.

Sir Hugh has a particular interest in research into malaria. He was made a CBE in 2010

He is also chairman of the Department for Environment, Food & Rural Affairs science advisory council, a trustee director of Rothamsted Research and a trustee of the Food Foundation.