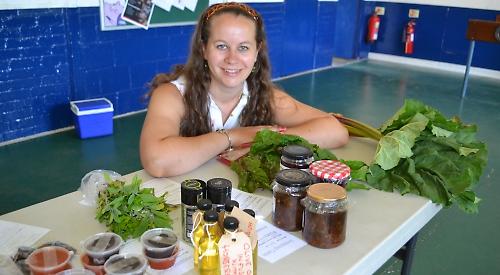 THE founder of a food swap event has urged more people to take part following its move to Henley.

She moved from the Local Larder farm shop at Val Wyatt Marine in Willow Lane, Wargrave, after the business closed in January.

Swappers exchange goods, produce and food. Everything must be worth about six eggs and no money changes hands.

Mrs Hayes, who lives in Henley, said that only she and one other producer attended the latest event and she wants more people to get involved.

She said: “It’s designed to bring the community together. We’re trying to encourage people who bake, grow, produce and brew to bring produce along and swap it and not just give it away to friends, family and neighbours.

“We want to reduce waste and meet other people, make friends and have a nice morning. We want people to remember that we’re here and come down because it’s walking distance from Henley and the allotments. It’s accessible for everybody.”