Celebrating our links with French and German twin towns 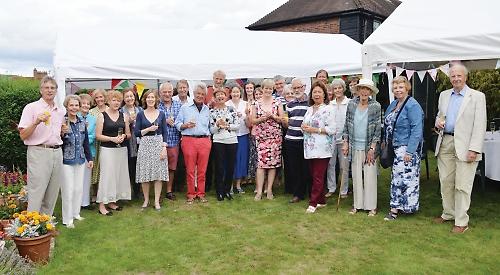 MEMBERS of two of Henley’s twinning associations came together for a summer party.

About 35 people gathered for the annual event to celebrate the town’s link with Leichlingen in Germany and Falaise in France. The party was hosted in the garden of Sue Fitzsimons, of Western Avenue, Henley, and guests were served a buffet and drinks.

Patrick Fleming, chairman of the Henley Leichlingen Twinning Association, said the party was one of a series of events during the year to help attract and retain members.

He said: “It gives something more to the groups than just us going to them or a group from there coming here the next year. That is not really enough. We have an autumn party in King’s Arms Barn and we run film nights with French and German language films.

“The Falaise group organises events at Café Rouge where they have French speaking so people get a chance to practise the language.”