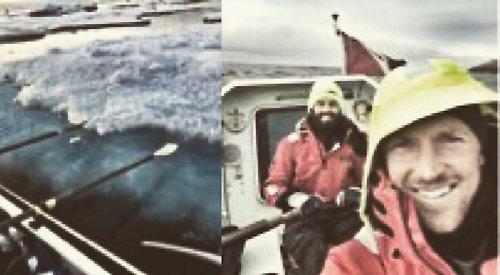 OLYMPIC champion Alex Gregory is continuing his bid to row the Arctic Ocean against the odds.

The athlete from Ipsden is part of six-man crew trying to row 2,000km from the island of Svalbard in Norway to Iceland.

They left early on Tuesday last week and are expected to take about 20 days.

Earlier this week the crew were forced to spend more than 20 hours on the sea anchor after strong headwinds made progress impossible.

Over the weekend they had to fend off ice as they picked their way through the freezing waters.

The Polar Row team hope to set five world records, including becoming the first crew to row the open waters Arctic Ocean from south to north.

Gregory, 33, who won gold at the 2012 and 2016 Olympics, has joined for the second part of the row. The first part, from Tromso in Norway to Svalbard, ended last month.