New parking rules at GP's may be rethought 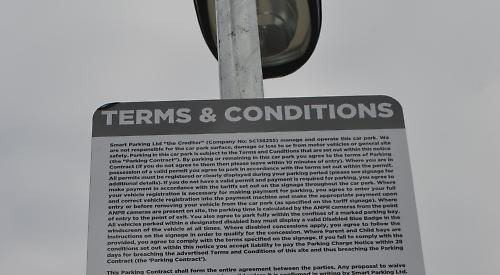 DOCTORS say they may rethink the new parking system at Henley’s two GP practices due to the number of time-consuming complaints from patients.

And they have urged people who believe they have been fined unfairly not to pay up but ask the surgeries to appeal on their behalf instead.

The new system was introduced at the car park for the Hart and Bell surgeries off York Road in May to stop it being abused by shoppers.

Now patients who have an appointment must enter their vehicle’s registration details on a touchpad at reception to receive up to 90 minutes’ free parking.

The system is monitored and enforced by Smart Parking, which uses automatic numberplate recognition to track vehicles going in and out of the site.

However, reception staff have been inundated with people complaining that they have been fined incorrectly.

Now the surgeries have said they are spending so much time dealing with complaints that they may consider changing the system.

Dr Chris Langley, senior partner at the Bell Surgery, said: “The system is clearly not working at the moment and we would like to apologise to any patients who have been financially inconvenienced or stressed by demands for payment. We’re spending hours liaising with Smart Parking to find ways of improving the system.

“In the meantime we ask anyone who has entered their details and still been fined to email us as soon as possible and not to pay. We’re pretty successful at getting them overturned but it’s much harder to resolve if people have already paid.”

In many cases, people have entered their number but failed to notice the message which then pops up asking them to confirm it. However, the system records every key that is pressed so as well as confirming that the patient had a legitimate appointment, staff can prove they attempted to follow the rules.

There have also been complaints that the screen is too small, so people make typing errors without realising.

Dr Langley said: “Our staff also look for anyone who might be struggling with the system to ensure they’ve entered their details correctly.

“There was a need for restrictions because the spaces were being abused but we don’t want anyone to be fined just for coming to see the doctor.

“This will hopefully turn out to be teething trouble but if large numbers of people continue to complain we may have to rethink our approach.”

Dr Philip Unwin, senior partner at the Hart Surgery, said: “We’re happy to take on appeals as long as people get in touch with us quickly because it gets more complicated as the process unfolds.

“The company is looking at ways to make the process simpler and generally they’re being pretty accommodating and reasonable.

“The trouble is that the process is so heavily automated and we’re spending more than an hour a day on these complaints.

“There are people who feel very hard done by because they think they’ve done the right thing and still got in trouble. It can be a problem if they go on holiday and only open the fine when they get home because the appeal deadline has expired.”

In some cases people have wrongly assumed that the new system allows them to park in the spaces outside Townlands Hospital and the Chilterns Court care centre next door.

These spaces are also enforced by Smart Parking but are subject to different rules and are not for patients of the surgeries.

“This fact is highlighted on numerous signs across the car park.”