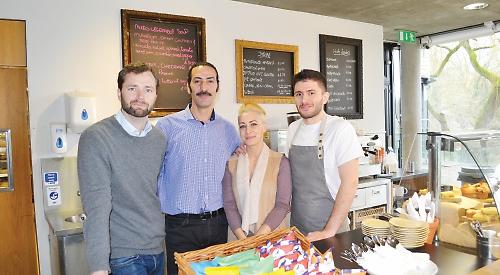 A CATERING firm which runs the cafe at the River & Rowing Museum in Henley is pulling out after just seven months.

The museum and the Wild Fork Café have mutually agreed to end their partnership with effect from next week.

The firm, which is based in West Berkshire, took over in February but has now chosen to focus on its wedding and events business.

The café will be closed from Monday to Thursday to allow the museum’s new partner, Leafi, to take it over before re-opening next Friday.

Museum director Ludo Keston said the museum had enjoyed a record-breaking summer which put more demand on the café but at the same time Wild Fork’s events business had “taken off”.

He said: “While we thought we were all going in one direction, when we were really clear about it, we clearly had slightly different objectives.

“It’s important to part on good terms now and for Wild Fork to be able to focus on their burgeoning events business. They have come to realise they have some limits in the number of things they can do brilliantly all at once.

“We wish Wild Fork well in the future and thank them for the time and energy that they gave to their venture at the museum.

“We are confident that our visitors will enjoy the service provided by Leafi and are very much looking forward to working with their team.

“We’re determined the cafe operation at the museum will continue to grow and be successful and popular.”

Wild Fork took over from the Quince Tree, which announced in October that it would be leaving after two years, claiming it was struggling to make a profit.

The business was founded in 2005 by Oliver Shute and his business partner Mike Robinson as an external event company of the Pot Kiln pub and restaurant in Frilsham.

The company also took on catering responsibility for weddings, parties and corporate events at the museum in Mill Meadows

Mr Shute said: “We have really enjoyed working with the team at the museum and wish them well in their new relationship with Leafi.”

Leafi is an independent catering company with cafés and restaurants at venues including the Courtauld Gallery, the Turner Contemporary Gallery and St John’s Smith Square.