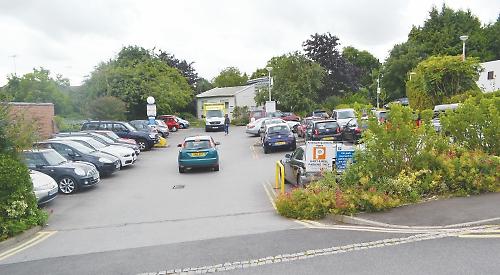 HENLEY’S doctors’ practices have scrapped their clampdown on parking after being bombarded with complaints from patients being fined unfairly.

The Hart and Bell surgeries have cancelled their contract with enforcement firm Smart Parking just four months after the new system was introduced.

The GPs say it has caused their staff hours of unnecessary work and some have even been threatened by angry drivers.

The system was introduced in April in a bid to stop shoppers abusing the spaces in the surgeries’ car park off York Road. Patients with an appointment must enter their vehicle’s registration number at a touch screen in reception in order to obtain up to 90 minutes free of charge.

Smart Parking monitors the site using automatic number plate cameras. Anyone who fails to register, or registers incorrectly, is sent a £60 penalty notice which increases to £100 if it is not paid within two weeks.

As the Henley Standard has reported, the surgeries have been inundated with complaints from patients and their relatives who have been fined even though they have entered their details.

In many cases, they have been found to have accidently typed in their details incorrectly or failed to press “confirm” at the end but often Smart Parking has refused to cancel their fines, even when asked to do so by the surgeries.

Some patients have also complained about Smart not recognising a 15-minute “grace” period which was promised by the surgeries before the system was introduced.

The practices have the final say over incorrect fines but say that in many cases it has taken multiple letters to obtain a refund.

Smart Parking has also failed to respond to requests to provide bigger screens to help patients, especially the elderly, to register.

The GPs say their staff have been spending up to an hour a day handling complaints when they should be using that time on surgery business. Sarah Moberly, practice manager at the Hart Surgery, said: “It’s shame that it hasn’t worked out. We only brought in the system for patients’ benefit and pay nothing for it, nor make a penny from it.

“Our only aim was to address a long-standing problem of abuse. We can’t afford to pay for barriers or a token scheme like they have at the River & Rowing Museum, so this seemed like the best solution.

“However, it’s causing us such a headache that we can’t keep going. People come in shouting and screaming about it, sometimes when they didn’t even have the right to park there, and we’ve had enough.

“We’ve even been abused over fines by people who aren’t patients, which is unacceptable and highlights the very problem we wanted to tackle.

“Smart haven’t been very good at responding to any of our concerns, either. They come across professionally in meetings and always say ‘don’t worry, we’ll sort that out’ but things don’t get done. We’ve had to really pester them and they don’t always respond to emails.

“The only option might be to increase the number of disabled spaces because it’s vital that our most vulnerable patients have no problem reaching appointments. They’re the priority because, realistically, other patients can come in from further away.

“We’ve tried to think of an alternative system that doesn’t take up so much time but there isn’t one and we’ve got to spend our time caring for patients, not sorting out parking problems.

“Smart Parking will still be enforcing at Townlands Hospital and the Chilterns Court care home, whose car parks are totally separate from ours, so I hope we don’t end up with their visitors abusing our spaces instead.

Louise West, practice manager at the Bell Surgery, said: “The idea was great as we wanted to provide more spaces for patients who needed them.

“Since Townlands and Chilterns Court were working with Smart, it made sense to get them on board to reduce abuse.

“However, it’s causing too much work and we’re upset that patients are being fined.

“The touch tablet is too small for some people and the appeals process is failing because they don’t ask us before turning it down.

“We feel very strongly that patients shouldn’t have to pay to park and it’s giving them lots of unnecessary stress.

“We’re sad that it hasn’t worked out and would ask our patients to be considerate and only use our car park if it’s urgent.”

The surgeries had to give for Smart Parking, which is based in Birmingham, 90 days’ notice, so the arrangements will not end until November 28.

A spokesman for the firm said: “Smart Parking are disappointed that we are no longer working with the surgeries. We were brought in to ensure genuine patients could always find places to park and feel we have achieved this.

"We are British Parking Association members and strictly follow its guidelines so we strongly reject the surgeries' allegations.

"We fully explain how our parking management solution works and then agree a set of working protocols with the senior team of the client.  While working with the surgeries we simply worked to the protocols agreed.

"At the car park we operate BPA-regulated grace periods. These are not designed for people to plan their parking around, but rather to help those people who go slightly over their agreed parking times.

"Patients can always park for free simply by registering their correct full vehicle registration on the clearly located touch terminals at the reception. This fact is highlighted on numerous signs across the car park.”