Olympian in round the world yacht race 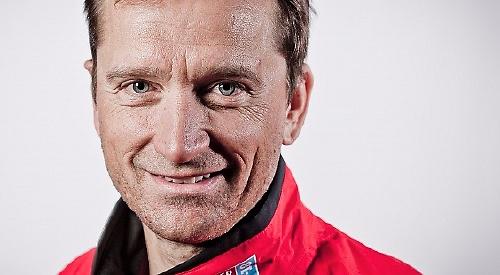 FORMER Olympic skier Graham Bell is taking part in the first leg of a round the world sailing race.

The TV presenter, who lives in New Street, Henley, is part of a British crew that is competing in the 11th annual Clipper Round the World event, which set off from Liverpool on August 20.

Bell is on board a 70ft ocean racing yacht for the longest stage of the voyage, which should arrive in Punta del Este, Uruguay, by September 22.

He and his crewmates aim to sail 6,400 nautical miles across the Atlantic, competing against 11 identical yachts.

Earlier this week, the crews were passing the west coast of Africa and Bell’s boat was in second place behind the Chinese crew Qingdao.

In a diary entry on Sunday, as his crew prepared to enter the “doldrums” off the African coast, Bell said: “It’s still a long way to Punta del Este but we are going strong.

“Yes, the doldrums are going to be frustrating and we will all start to suffer from the lack of fresh food, but spirits are high and we are all up for the challenge.”

The 51-year-old, who skied for Britain in five Winter Olympics between 1984 and 1998, underwent training to prepare for the challenge.

He said: “The training was a big learning curve. You have a lot of information to take on but when we reached the fourth level with the introduction of competition it really changed things around for me.

“It has been a very long time since I represented my country and I feel very proud to have the opportunity again.”

Bell said he had looked forward to departing from Liverpool as his parents and grandparents lived there while his great-grandfather was captain of a tea clipper that was harboured in the city.

Updates will be posted at clipperroundtheworld.com