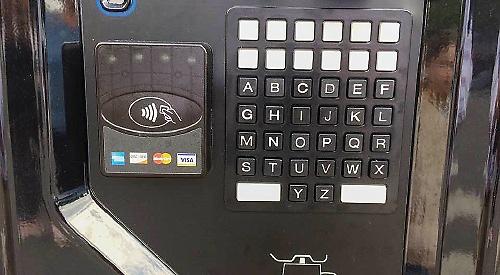 NEW ticket machines at a Henley car park stopped working when they ran out of paper.

The solar-powered pay and display machines were installed at King’s Road car park, outside Waitrose, last week but some of the machines stopped working almost immediately.

This led to queues of drivers at the working machines when the car park was at its busiest over the weekend.

South Oxfordshire District Council, which is responsible for the car park, confirmed two machines had run out of paper and said someone had placed an “out of order” notice on them. But it also accused drivers of adding to the problem by not putting their car registration details into the machine correctly.

Contractor Indigo visited the car park with IPS, the company that installed the machines, to fix the problem and sent staff this week to help residents struggling to use the machines.

Councillor David Nimmo Smith, cabinet member for corporate services contracts and a town , said the machines were fixed on Monday.

He said: “I believe there were issues with only two of the machines. It was due to a problem with the paper used for printing the tickets but it has now been resolved.”

The new machines, which have also been installed at Greys Road car park, allow drivers to pay by credit and debit card or to use coins, including the new £1. They will also take payment by mobile phone via the Connect Cashless system.

The machines require a vehicle registration number to be entered on a key pad when paying to park.

The council says the equipment is cheaper and easier to maintain than the old machines. Councillor Stefan Gawrysiak, a and town , said some people had difficulty adjusting to the new system.

He said: “The information on which buttons to press is not very clear. It’s a new system and I am sure people will get to know it but there should be clear instructions.”

Cllr Nimmo Smith said: “It’s not a new system across the country. People will get used to it.”

Peter Allies, from Skirmett, saw at least a dozen people queuing at one machine at noon on Saturday.

He said: “The machines are an example of either bad management by the or their departments. I’m quite sure they will report they had meetings, probably consultations, more meetings, and a quotation process, but the bottom line is they did not deliver a solution in time for the changeover.

“To top that off, the solution supplied is completely out of step with the rest of the world. Who uses an ABC keyboard nowadays? We all use a Qwerty keyboard and instinctively know where the letters are.

“If these officials are running big projects using the same management style it’s no wonder the general public is so dissatisfied with politicians and officials.”