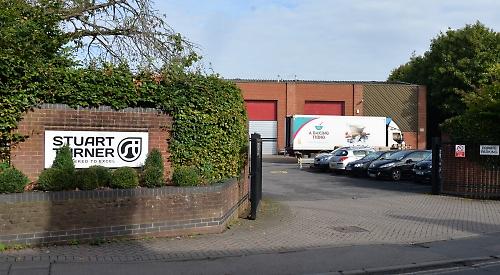 ONE of Henley’s biggest and longest-established employers is set to expand following a £50million management buyout.

Nine senior managers at pump manufacturer Stuart Turner, whose factory and offices are in Greys Road, have completed the purchase of the company from about 300 shareholders.

The company, which employs 110 people, says it is committed to staying in Henley and it has renewed the lease on its 40,000 sq ft premises for another decade.

It says it will pursue a “buy and build” strategy of purchasing other successful companies in the same industry.

It also hopes to introduce new products while continuing to increase sales in the Middle East and Africa, where its range of shower and bathroom pumps are growing in popularity.

The other executives include finance director Malcolm Harris, from Wallingford, who has worked for Stuart Turner for 32 years, and technical director Paul Manning, from Peppard, who has been there for 41 years. Both joined the company as apprentices.

One of his early tasks was to make about a third of the staff redundant as the company’s turnover decreased due to the global recession.

Since then, the annual turnover has doubled to about £24 million and the number of staff is now at a record high.

Mr Williams said this success was down to new products and growth in overseas sales, especially in the Middle East and Gulf states such as Qatar, Bahrain and more recently Saudi Arabia.

The company had always specialised in high-end equipment for the commercial sector but diversified to include cheaper kit with plastic components for the domestic market. Mr Williams said most of Stuart Turner’s shareholders had inherited the shares and had no stake in the day-to-day running of the company.

Many were also of retirement age so although they supported the drive for growth, they didn’t want to risk the value of their shares and agreed to sell in principle more than a year ago.

“When I joined the company I had some difficult decisions to make, as was the case everywhere at that time,” said Mr Williams. “We were always a strong, highly profitable company and never at risk but turnover had decreased and we had to streamline.

“However, turnover has increased year on year since then and it has more or less doubled. We’ve got a great business and this is more about the longer-term strategic direction we need to take.

“We’ve been hugely successful by making sure we have a product at every price point and focusing more on volume and exports have played a significant part in that success.

“It has been a very interesting time for me and being able to navigate the company through the recession and come out the other side has been quite an achievement. We’ve only got slightly more staff than before but our turnover is significantly higher so we’re much more efficient.”

Mr Williams, a former engineering apprentice who grew up and still lives in the Midlands with his wife and two children, said he was originally attracted to the role as he wanted the freedom to set his own strategy.

He said: “I already knew the bathroom industry and Stuart Turner had a fantastic reputation. They’re seen as a more traditional company and I saw the opportunity to come on board and move it forward, which is exactly what I’ve done and am going to do again.

“We’ve got a pipeline of new products that we intend to launch and Saudi Arabia is 10 times the size of the other Middle Eastern markets, which is very exciting and has huge potential.”

Mr Williams said more jobs could be created in Henley as the company continued to grow.

“Henley is a lovely place to work and we’ve got a really relaxed family environment here, which is great,” he said. “I’ve always enjoyed working in close-knit teams and want to ensure we keep that as we grow.

“No one knows exactly what the future might bring but we’re a growing business and it depends on the acquisitions that are made and whether we can consolidate them.”

Andy Lyndon, head of Lloyds Development Capital’s Midlands region, said: “Mark and the team have built a fantastic business over the years and through a commitment to product innovation it consistently delivers market-leading solutions.

“Its recent acquisitions are a clear indicator of the management team’s ambition and Stuart Turner is well-placed to further strengthen its position.”

The company — known locally as “The Pump People” — was founded in 1906 by engineer Sydney Marmaduke Stuart Turner, who was originally based at Shiplake.

He rented premises at Market Place, Henley, before moving to Duke Street in 1911 and to Greys Road six years later.

It stopped producing marine engines in the late Seventies and sold its model-making division to focus on water pumps about a decade later. Its old models and engines, examples of which are on display in its foyer, still remain popular among collectors.

In 2012, Stuart Turner took over neighbouring property business Walden & Son, which it relaunched as Henley Enterprise Park. This site is now earmarked for about 42 houses with retail units under Henley and Harpsden’s joint neighbourhood plan.

In the same year it also launched the Stuart Turner Foundation, which gives regular grants to good causes in the RG9 postcode area.