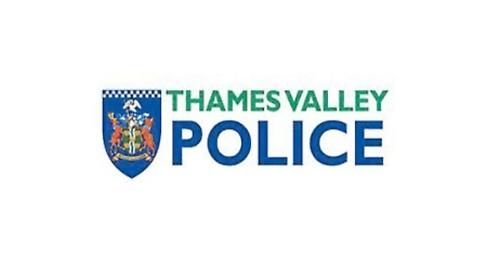 A HENLEY shopkeeper has told how he helped recover hundreds of pounds worth of stolen jewellery.

Sam Buckett, who owns jewellers D J King in Bell Street, was offered the goods, including a valuable pearl necklace, by a woman who came into his shop.

He grew suspicious of her “erratic” behaviour and she left without agreeing a deal.

Mr Buckett then called the police who examined CCTV footage from the shop before recovering the jewellery from a shop in Reading. It has now been returned it to its owner in Henley.

The woman went into D J King on Tuesday, August 29 with two small bags of jewellery which she wanted to sell.

Mr Buckett, who has run the store with his fiancée since 2014, said she showed him a small gold bangle and the pearl necklace.

He said: “When the woman came in she was really erratic and rushed. Normally when people are trying to get rid of theirs or their family’s jewellery they can remember little bits or that someone used to wear it but she just didn’t care. One piece stood out: an old English piece of jewellery. It was delicate and very thin and was worth a fair bit.

“I said she could get more money elsewhere as with us it would only be scrap but she didn’t seem to care that she could get five to 10 times as much, she just wanted cash straight away.

“When I told her we don’t do that, we send it off to our chap to be checked first, her attitude changed straight away and she wanted out of the shop.

“If one of my second-hand dealers had asked if I wanted the necklace I would have snapped their hand off but there was something I didn’t trust and I suggested she go somewhere else.”

Mr Buckett said the woman’s impatience concerned him, especially when she said that she needed to pick up her children from school.

“It was the summer holidays but she said she had to be quick as she had to pick her kids up from school,” he said. “No schools were back then, not even the independents. There was something about it that I didn’t like so I rang 101 to ask if any jewellery had been reported stolen.”

A police community support officer visited the store to review the CCTV footage and recognised the woman.

Mr Buckett was told by the police last week that the jewellery had been recovered and returned to the victim.

“It was nice to know that the ornate piece hadn’t been destroyed,” he said. “You hear so often of stuff being stolen and the owners never seeing it again because it has been destroyed or sold on.”

Ds Aidan Donohoe said: “This jewellery has been identified as coming from a burglary at a house in the Henley area that happened in late August.

“The victim is delighted that police have been able to recover the jewellery and was particularly grateful the jeweller had called police.

“This was an excellent example of a local business working with the Henley neighbourhood policing team to prevent and detect crime.”

⚫ A 39-year-old woman from Henley has been questioned by police.