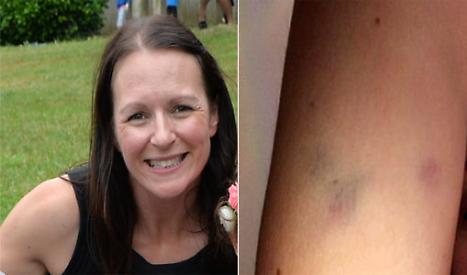 A WOMAN was attacked by a dog while running on the Thames Towpath near Henley.

Steph Maxwell, of Boston Road, Henley had just passed over the wooden footbridge at Marsh Lock and was jogging towards Shiplake when she was bitten on the arm, causing bruising.

The incident happened at about 9.20am on Wednesday.

Mrs Maxwell said: “I didn't stick around long enough to take a close look at the dog but it was a grey-coloured whippet/lurcher/greyhound sort of thing which jumped up and grabbed my arm.

“Luckily, it did not puncture the skin but it has left a bruise and a red mark and snagged my brand new running leggings!”

She was out running in preparation for the Henley Standard 10km, which will take place on Sunday.