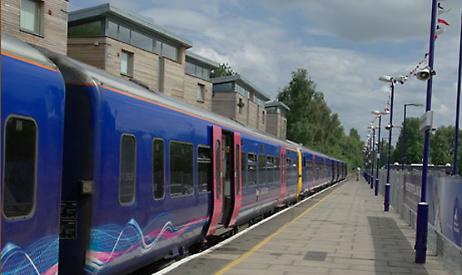 AN apology has been issued to rail passengers by Great Western Railway in response to complaints about shortened trains by commuters from Henley.

Managing director Mark Hopwood told members of passenger group Henley Trains that he was sorry the 7.53am from to Paddington service had been a three-car turbo on Tuesday and Wednesday rather than an eight-car train.

He said: “I understand the frustration and discomfort this causes and we are sorry. We are currently short of two high-speed trains — one is in maintenance and the other was damaged at the weekend after it struck some cows on the line.

“Both trains are being worked on as quickly as possible but neither was available. Rather than cancel the train altogether, we ran the three-car train to offer some service. I know it is not good enough and it is not what we want to offer.

“We know how important this service is to the Henley branch line. Our head of train planning is doing all he can to make sure this does not happen again.

“We can’t make a hard and fast guarantee as we don’t know if we will face further issues but we have prioritised the 7.53am so that it will run with the full eight cars.

“We also have a review of contingency plans taking place and are working with our depots to improve the speed of response train failures.”