Councillor criticises colleagues as he quits 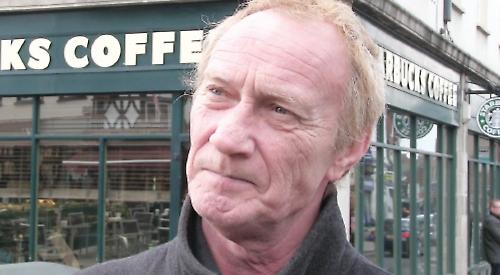 A HENLEY town councillor has resigned, saying he has had enough of colleagues playing politics.

Conservative Simon Smith, who was elected in May 2015 for his second period on the council and was a member of the planning committee, said he had made the decision with “some regret”.

In a statement, he said: “The reason is quite simply that in my opinion being a town councillor is a job, albeit a second one, that you should do to the best of your ability.

“Unfortunately, if you do not enjoy your job you cannot do that.

“Over the past few I have found that I no longer enjoy that job and therefore I felt I could not do it to the best of my ability and serve the electorate in the way they deserve. The reasons for this are varied but I feel the town council is being unbalanced by certain councillors who have forgotten what being a town councillor is all about, i.e. doing what is best for the town and its residents rather than just making political gain.

“If I had felt I could remain a councillor doing the one area I really enjoyed, which was being on the planning committee, the only non-political committee, I would have, but that would not have been an option as official council politics would not allow that.”

Mr Smith, who lives in Mount View and works at Sainsbury’s in Duke Street, added: “Over the years I have really enjoyed and cherished my position as a councillor of this wonderful town and in particular the Henley in Bloom and planning committee.

“I would like to say thank-you to all those that have made it enjoyable, yet challenging, and also to all the residents that put their faith in me and voted for me.”

It is not yet clear whether his resignation will trigger a by-election.

Town clerk Janet Wheeler explained: “We have to advertise the vacant position and if 10 residents in the , where Simon lives, request an election we will hold one but only if we get more than one name for the seat.”

Councillor Julian Brookes, of the Conservatives on the council, said: “I’m very sorry to see Simon resign and I think it was a very personal choice.

“I think we have to just press on. These setbacks are as in any walk of life — when you least expect them. I did not expect Simon’s resignation.

“He lives in Mount View and he had good communication with the people around him, which I think was a valuable asset.

“We would like to take this opportunity to sincerely thank Simon for his service.

“Throughout his time on the he brought a unique and invaluable perspective, which we will miss.

“We will shortly be selecting our candidate to replace Simon.”

Councillor Ian Reissmann, of HRG on the council, said: “We appreciate anyone who’s been prepared to give up their time to work for the town so we’d like to thank Simon.

“In terms of a replacement there will either be an election or we’ll choose to co-opt and we’re looking at the various arrangements for doing that.

“I prefer councillors to be elected because that makes them accountable.

“At the same time an election costs several thousand pounds and we’d rather spend that on things that benefit the people directly.

“We haven’t made a decision yet but it’s likely we would want to contest it for democratic reasons. It’s right to offer the electorate choice.”

He was made deputy mayor elect earlier this year but missed out on the job after HRG snatched control of the in a dramatic twist at mayor-making in May.

In a further twist, Councillor Hillier was elected Deputy Mayor serving, just two years after she was mayor, and now serves as an Independent Conservative.